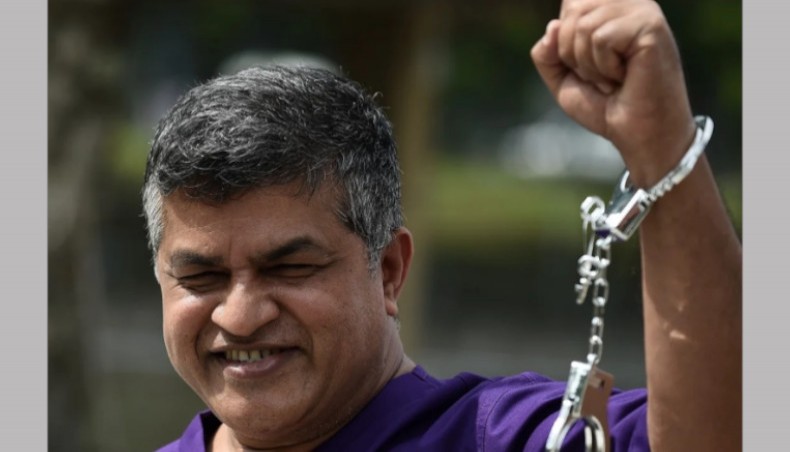 A prominent Malaysian cartoonist said Wednesday he was facing a police probe over a satirical drawing that mocked a senior official, just days after another artist was arrested.

They are the latest government critics to be placed under investigation after a scandal-mired party returned to power last year, adding to fears of a widening crackdown on dissent.

Zulkifli Anwar Ulhaque—who goes by the pen-name Zunar—is being probed over a cartoon he drew in January related to a decision by Kedah state to cancel a holiday to mark a Hindu festival.

It showed the state’s top politician, a Muslim, using a meat cleaver to smash a table where people from different races were sitting.

Officials had defended cancelling the holiday, blaming the coronavirus pandemic.

Race and religion in Malaysia—which is Muslim-majority but also home to substantial Hindu and other religious and ethnic minorities—are often sensitive.

Zunar told AFP he had been summoned for police questioning Sunday in Kedah and is accused of seeking to incite others to commit crimes and improper internet use.

‘It is politically motivated,’ he said, adding that authorities were increasingly concerned about satirical artists taking aim at them.

‘This is a warning. It will make others fearful.’

Zunar was repeatedly targeted under the scandal-plagued regime of Najib Razak after drawing cartoons that lampooned the leader and his luxury-loving wife.

He was hit with a string of sedition charges—not over his work, rather over comments on Twitter—but these were dropped when Najib lost power in 2018.

News of the police probe against him came after leading graphic artist and activist Fahmi Reza was arrested on Friday for allegedly insulting the queen by posting a satirical playlist on Spotify.

Since prime minister Muhyiddin Yassin seized power last year following the collapse of a reformist administration, authorities have launced a crackdown on critics, ranging from journalists to opposition politicians.