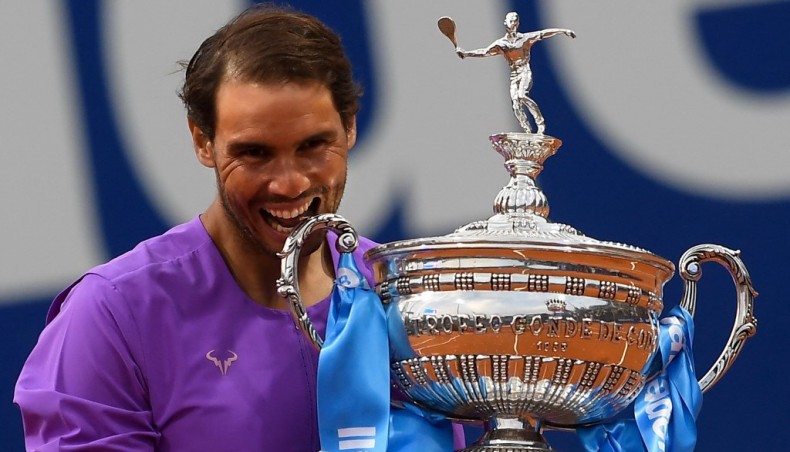 Rafael Nadal's hard-fought win in Barcelona at the weekend sees the Spaniard replacing Daniil Medvedev as world No. 2 behind Novak Djokovic in the ATP rankings released on Monday.

The 34-year-old Mallorcan, who won on Catalan clay for the 12th time in his career, is 110 points ahead of Medvedev.

It was Nadal's 61st title on clay, extending his record on the surface -- the next most successful player on the surface is the Argentinian Guillermo Vilas who won 49 -- and he will again start as favourite for the French Open which begins at Roland Garros on May 30.

Stefanos Tsitsipas of Greece, beaten in the final in Barcelona by Nadal after having a match point, remains in fifth, behind the Austrian Dominic Thiem.

Spaniard Pablo Carreno is up to 12th at the expense of Belgian David Goffin while 19-year-old Italian Jannik Sinner, who lost to Tsitsipas in the semi-finals in Barcelona, has climbed to 18th, the best ranking of his young career.