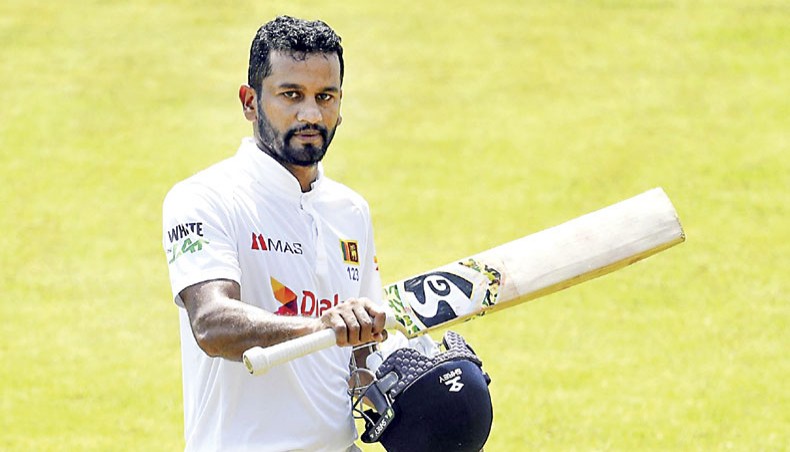 Sri Lankan captain Dimuth Karunaratne walks back to the pavilion after his dismissal on the fifth day of their first Test against Bangladesh in Kandy on Sunday. — AFP photo

4 - The first Test between Bangladesh and Sri Lanka ended in a draw, which is the fourth time a Test between the countries have ended in a stalemate. This is also Bangladesh’s highest number of draws against a nation, with Zimbabwe and New Zealand being in the second position with three draws.

7 - For the seventh time in his career, Tamim Iqbal scored a fifty-plus innings in both innings of a Test during the first Test against Sri Lanka at the Pallekele International Cricket Stadium. The left-hander remained unbeaten on 74 on Sunday and had earlier scored 90 in the first innings. Tamim has repeated this feat after last doing it against New Zealand in Wellington on March 2019.

52 - Tamim reached his half-century on Sunday when Bangladesh’s second innings score was only 52. By doing so, Tamim broke a 131-year old world record of completing an individual fifty with the least difference of runs with the team’s half-century. The record was previously jointly held by Australian batsman James Lions, who completed his fifty against England at Lords in 1890 when the team score was only 55, and West Indian batter Chris Gayle, who matched James’ record against New Zealand in 2014 at Port of Spain.

1000 - Sri Lanka skipper Dimuth Karunaratne’s marathon innings ended on 244 on Sunday, during which he completed 1,000 runs in Test cricket as the captain of the side. He currently has 1,004 runs in 24 innings during his captaincy tenure, which began in 2019.