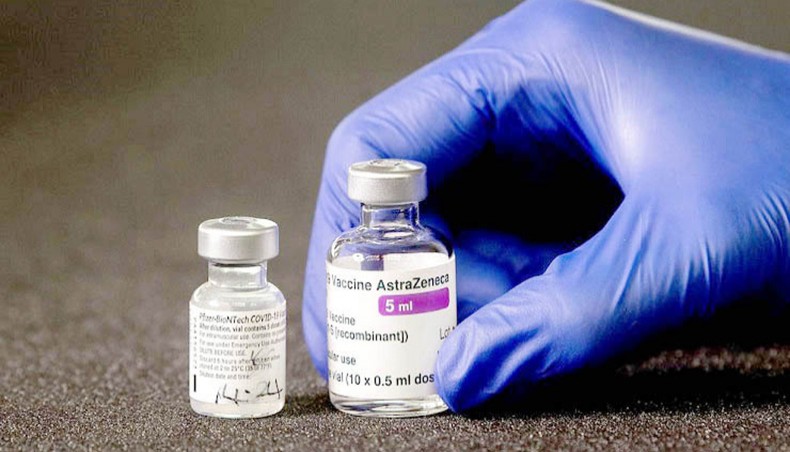 THE World Health Organisation has once again reiterated that the situation with the spread of the novel coronavirus infection across the globe remains alarming. The number of confirmed cases has already exceeded 130 million, while over three million people perished. What is particularly troubling is than 41 per cent of the infections reported to WHO over the past 24 hours were located in Europe. Under these circumstances, the head of the World Health Organisation Tedros Adhanom Ghebreyesus stated that:

‘Globally, the number of new cases per week has nearly doubled over the past two months. This is approaching the highest rate of infection that we have seen so far during the pandemic.’

At the same time, he stressed that humanity is ‘failing’ its task of effectively distributing coronavirus vaccines through the COVAX mechanism. In his opinion, ‘vaccine equity is the challenge of our time’, as Gebreyesus was forced to admit that some states that were waiting for a vaccine received nothing, while others didn’t not receive second-round allocation on time, which undermines the plans for the next round of global vaccination. By now, there must have been more over 100 million doses distributed through COVAX globally, but so far there has been no more than 40 million doses delivered. As a matter of fact, out of 832 million vaccine doses administered globally, 82 per cent went to high income countries, while only 0.2 per cent reached poor international players.

Against this backdrop, it’s hardly surprising that some European media sources are convinced that the EU has effectively failed the vaccination campaign of the first quarter of 2021.

In particular, the Spanish El Pais pointed out that none of the goals set by the European Union to vaccinate residents of EU states would be met in the first three months of the year. According to the publication, by the end of this month, Brussels was expected to vaccinate 80 per cent of the people aged over 80 years old and medical professionals, but in both cases the EU failed to achieve its goals, as only 27 per cent of the elderly and less than half of health workers received their shots.

The painful start of the European vaccination campaign has produced a lot of concerns among member states that are eyeing nervously the breath-taking pace of vaccination in certain countries of the world, in particular in the UK and the US. Under these circumstances, European officials cite inadequate supply of vaccines as one of the reasons for their failure, notes the Financial Times. Vaccines shortages come at a time when the European Union is facing a third wave of the dreaded viral infection, and the number of infections, hospitalisations and deaths are climbing across the board.

A total of 170 Nobel laureates and former heads of state called on US president Joe Biden to support the proposal filed by India and South Africa to the WTO on October 2, urging the states producing Covid-19 vaccines to temporarily drop their patents, taking into account the scale of the global pandemic.

So far, the European Union has officially approved four vaccines, mainly of American origin: the BioNTech, Pfizer consortium vaccine, the Moderna vaccine, the AstraZeneca vaccine and the drug developed by a division of the Johnson & Johnson Company called Janssen. However, a growing number of reports of deaths associated with these vaccines results in increasing wariness among the general population.

For instance, the Public Health Agency of Sweden issued a warning on April 13, urging the government to wait for conclusions from the European Medicines Agency before putting the Janssen coronavirus vaccine manufactured by Johnson & Johnson to use. Similarly, both the US Centres for Disease Control and Prevention and the US Food and Drug Administration recommended Washington to pause the use of Johnson & Johnson’s Covid-19 vaccine over cases of a ‘rare and severe’ type of blood clot.

In turn, Danish authorities on March 11 completely suspended the use of AstraZeneca vaccine over cases of blood clots and blood clotting disorders in vaccinated patients and several deaths associated with this condition. In this regard, the head of the Danish Health Authority stated the following:

‘According to our assessment, based on scientific findings, there is a real risk of serious side effects associated with the use of the vaccine, so we decided to exclude it from our vaccination program.’

Thus, Denmark became the first European country to completely ban the use of AstraZeneca vaccine for all age groups. Due to general distrust towards the drug produced by AstraZeneca, vaccination centres have gone deserted in Latvia, as well as in a number of other European countries, say local media sources.

A total of 55 people have perished after being vaccinated with drugs produced by Pfizer/BioNTech and Moderna in Switzerland, announced the Swiss drug market watchdog Swissmedic on April 10. The health authority has so far registered a total of 1,174 cases of side effects associated with vaccines. Of these, 577 cases relate to the vaccine from Pfizer/BioNTech, and 580 to the Moderna vaccine. The department clarifies that of all the side effects, 396 cases (33.7 per cent) are regarded as serious.

Scientists from the University of Oxford have recently compared the risks of thrombosis arising from vaccination with Pfizer, Moderna, and AstraZeneca. The probability of cerebral venous thrombosis arising from the drug produced by Pfizer/BioNTech and Moderna is comparable to similar risks associated with the use of the AstraZeneca vaccine. The researchers claimed they registered cases of thrombosis among several people who received the vaccines from Pfizer and Moderna.

At the same time, unlike with the widely advertised AstraZeneca and Johnson & Johnson, there has been no cases of thrombosis registered among those vaccinated with the Russian Sputnik V vaccine, experts note. According to data published by the Leloir Institute, after the first dose of Sputnik V, 94 per cent of those vaccinated developed antibodies, and the rate of people completely protected from coronavirus increased to 100 per cent after the second dose.

However, the use of Sputnik V is being strenuously slowed down in Europe for purely political reasons, and Russophobes are going above and beyond in a bid to stall the process of approval of the Russian vaccine. Those that have little faith in the promise that Berlin gave about vaccinating every German citizen before the summer, prefer to embark on a vaccine tour to Moscow, reveals Der Spiegel. And such vaccine tours are getting increasingly popular not just among those living in Germany. However, even here, a number of the European Union officials are trying to stop those who have decided to get vaccinated in Russia. Among them one can name the official representative of the European Commission, Eric Mamer.

Thus, European officials and politicians of individual European countries, according to a number of European media sources, have taken millions of people hostage. Under these circumstances, the decision of the European Medical Agency to examine whether the trials of the Sputnik V vaccine met world clinical and scientific standards and to assess the ‘ethical standards’ applied during the testing of the Sputnik V vaccine looks more than surprising.

And wouldn’t it be better for the same European regulator, together with a handful of EU public organisations, to instead study the ‘ethical standards’ used by individual politicians and relevant EU government bodies who made decisions, either under pressure from Washington or for the sake of personal enrichment, to give green light only to those vaccines that were ‘recommended to them’, which have a number of potentially dangerous side effects associated with them and that have already resulted in a number of people dying.