How to embrace English as a language that matters 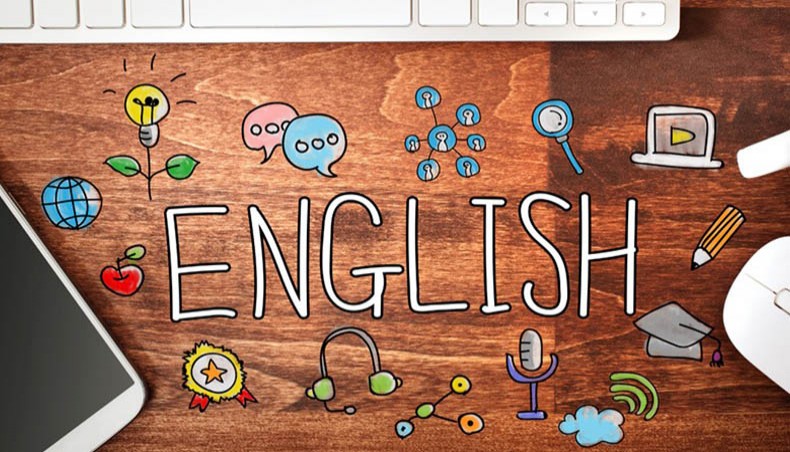 English is the lingua-franca of the current time and despite being a colonial imposition, people have to use it. Bangladeshi students are taught English for over a decade but are not competent users of the language. Md Mashiur Rahaman investigates the reasons and gives a few tips to improve the language skills

Therefore, now we need to find out some of the shortcomings of the methods that are being used by the teachers in different formal and informal language teaching and training institutions. But before that, there are a few other things we need to focus on.

Some studies revealed that it is hard to identify whether the methods are faulty or the process in which the methods are being implemented has flaws. One such flaw is the lack of trained and motivated teachers who know how to implement the communicative methodology of teaching the language, and who can philosophically think that doing good in the exams is necessary but most important is learning to use the language in real life with confidence.

There is another problem with real life in Bangladesh. The context in the country does not permit the English language learners to use the spoken form of the language. The students who are from a Bangla medium school get the least chance to express themselves in English. Even if they try to make groups or pair up with a partner, survey and interview participants also shared a similar experience that, after practising for a while the group members switch codes.

One of our interviewees validates the fact. The interviewee, Avimita Shyam, a pharmacy graduate, and now an employee of a multinational company informs that she had gone to an English medium school for two years when she was a child. Later she continued her education in Bangla medium schools, and she felt more confident in using English than her peers.

Some other learners of English who participated in our survey, and who all went to Bangla medium schools, opined that the biggest hindrance with learning English they faced is ‘lack of practice’ or ‘not having a companion with whom conversing in English is possible.’

Before discussing the methodological drawbacks, we now have a problem that should be addressed in the English language teaching and learning arena in Bangladesh: not giving students the chances and the scopes to use the language that can boost up their confidence.

One of our interviewees, Shiblul Haque Shovon. who is currently a student at a public university states, ‘When I was at school in my village, I did not get the chance to speak in the language ever. I never uttered the words I learned to pass the exams, and therefore I felt so much embarrassed to pronounce them when necessities arose. It is only when I came to the city and went to teachers who not only make students memorise the rules but give them the chance to use the language, I started to overcome the embarrassment. But the process of overcoming the fears is not over yet. By watching movies, I can now understand most of the English accents, but my spoken English is still horrible.’

This statement gives us the points on which we should discuss. The first point is the problem with English teachers in rural area. Several academic studies reveal that many of them are still comfortable with the grammar-translation method where memorising rules is more important than learning how to use the language in real life. When they are asked to implement a communicative language teaching approach, they simply overlook the objectives of the approach and try to come up with an individualised methodology in which they can teach the students the rules and the definitions of grammatical items.

Rubina Akter Retu, a private university student, recollected that one of her English teachers’ favourite topic was ‘tag questions’, and he taught the rules of tag question mostly throughout the whole year of class nine.

The second point is the problems with the teaching pattern that makes the students traumatised with English. When the students get conscious about their trauma regarding the language, they take a lot of time to overcome it, like our second interviewee, who tried to immerse himself in English by watching movies. He did master the skill of listening, but still, he is struggling to use the language because he does not have anyone with whom he can practice it.

New Age Youth have asked two professional language teachers successfully teaching languages in their institutions and asked them to propose how individuals can come out of the stuck situation from the language.

Khadija Rubaiyat Tasmia,  who is working at a private university as a coordinator of an English writing lab, suggested that for the improvement one should first identify her/his level of competency. If the person is a beginner level learner, then the person can follow more guided activities found on the internet. The person should also get a lot of input of the language so that the language gets naturalised gradually. She also suggested reading literary texts that will provide the learners' with a scope of activating their imagination channelled through the language.

Another teacher, Sirajum Munira Joti, who worked as an English language instructor at different institutions suggested several activities that can be done regardless of the level of competency of the learner. With the help of these two language teachers, and from different academic studies we have come up with a shortlist of tips for the young-adult learners who have tried to learn English for so many years. Since such learners had to read and write a lot to ace the exams, we are supposing that they are already equipped with the Basic English language.

Some of the tips to improve the language.

Reading aloud
Reading aloud is one of the easiest things someone can do to improve their English skills. In the beginning, one can read newspaper articles, poems, and short stories that will not take much time. The practice will give the learners the idea what are the words they face difficulties pronouncing. Then the learners can take help from the internet to learn the pronunciation of those words. It is very easy to comprehensively learn a new word nowadays.

Recoding speech
Nowadays most young adults possess a device in which audio-video recording is possible. We can use the device very effectively to overcome our anxiety and fear by using the language. Staring by picking up a simple topic in which we have some ideas formulated beforehand and then giving a three to five minutes long speech on the topic will boost our confidence in using the language.

Listening to podcasts
Listening to podcasts is a good idea to increase listening skills. There are a lot of podcast apps available to be downloaded for free. Listening to literary pieces, like short stories, dramas, poems, even novels will enrich our vocabulary, the power of imagination in the language, and the strength of constructing and formulating better sentences.

Interacting with peers
There are several apps to practice English with people from different countries. But while using the apps we need to be aware of the problems of cyber-space and make sure that we are using a secure app. This practice will provide us with the real challenge of using English, as the person who is on the other side has only one thing common with us — English.

Final words
A language is nothing but a mean, a tool, something which is needed to express ourselves and to get exposed to others’ ideas. As the current lingua-franca of the world, English has the power to open the world in front of us. Many of the great books of the world had been, has been and is being translated into English. Great internet contents and other sorts of audio-visual contents are also out there in English. And most obviously if we learn English, and become proficient in the language, we will be able to communicate with people from all over the world.

Md Mashiuir Rahaman is a student of English at the University of Liberal Arts Bangladesh.