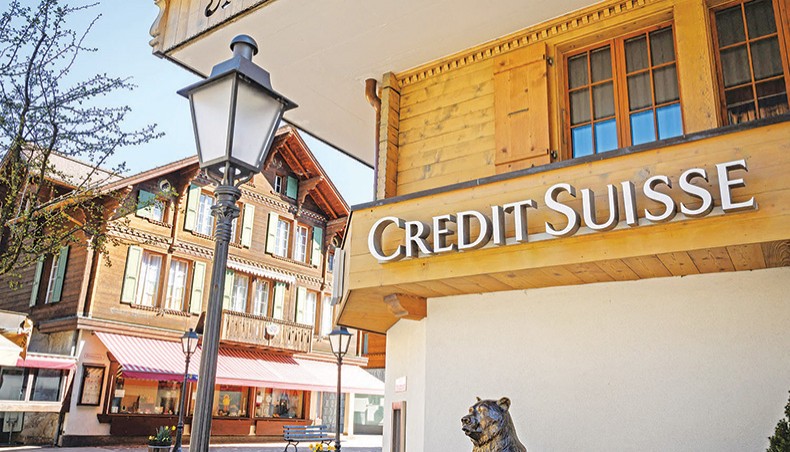 Swiss banking giant Credit Suisse, rocked by the bankruptcies of British financial firm Greensill and US hedge fund Archegos, posted a first-quarter loss on Thursday as regulators opened a second probe into the financial fiascos.

The bank announced a net loss of 252 million Swiss francs ($275 million, 229 million euros) and said that it would issue new shares to reinforce its capital base.

The figures gave some idea of how hard Switzerland’s second biggest bank would be hit by the twin scandals, but an analyst cautioned it could be a while before the impact was fully clear.

Credit Suisse booked a charge of 4.4 billion Swiss francs to cover damage related to Archegos, and said it expects additional losses of 600 million francs in the second quarter.

‘The loss we report this quarter, because of this matter, is unacceptable,’ Gottstein said.

‘We have taken significant steps to address this situation.’

Shortly after Credit Suisse posted its results, the Swiss financial market watchdog Finma said that it had launched an investigation into the Archegos-related losses.

A separate enforcement proceeding against Credit Suisse had already been launched in March with respect to the Greensill case, Finma said in a statement.

It ‘will investigate in particular possible shortcomings in risk management’, and ‘will continue to exchange information with the competent authorities in the UK and the USA’, the statement added.

The Wall Street Journal reported late Wednesday that Credit Suisse had racked up more than $20 billion in exposure to Archegos-related investments, and said that the Swiss bank’s executives only learned about problems days before the hedge fund’s implosion.

The decision was made in an online meeting between creditors including Credit Suisse, Japan’s Softbank and the Association of German Banks.

The administrator will wind down Greensill activities and attempt to sell off parts of the business.

Credit Suisse was heavily invested in Greensill, a firm specialised in short-term corporate loans via a complex and opaque business model, and was forced to suspend four funds after the firm declared insolvency last month.

The Swiss bank said on Thursday that it would offer two Mandatory Convertible Notes (MCNs) for a total of 203 million shares in the bank, to ‘a selected group of core shareholders, institutional investors and ultra-high-net-worth individuals’.

That would reinforce its liquidity buffers and help absorb financial shocks by raising the bank’s so-called CET1 ratio to approximately 13 per cent.

That ratio compares a bank’s capital against its risk-weighted assets to determine how well it can withstand financial distress.

Andreas Venditti, an analyst at the financial services company Vontobel, said that the capital increase would ‘alleviate immediate concerns around the soundness of the capital position’.

But he warned that Credit Suisse’s reputation ‘has suffered significant damage, notably in its core home market, and the impact will become visible over the course of 2021 and in the years to come’ as court cases multiply.

Gottstein emphasised that the bank’s underlying performance was strong in the first three months of the year owing to good results in Switzerland, growth in the Asia Pacific region, and returns from its investment banking operations.

That ‘makes it all the more important that we quickly and decisively resolve the issues we are currently dealing with,’ he noted.

He later told a press conference that with respect to Greensill, ‘we are not at the end of the road.

‘We have very good visibility on about three-quarters of the portfolio. Our focus is on getting the money back for our investors.’

Shares in Credit Suisse plunged by 5.4 per cent to 8.88 Swiss francs on the Zurich stock market, which was up by less than 0.1 per cent overall.