Rejecting ESL would have been 'historic error' - Barca 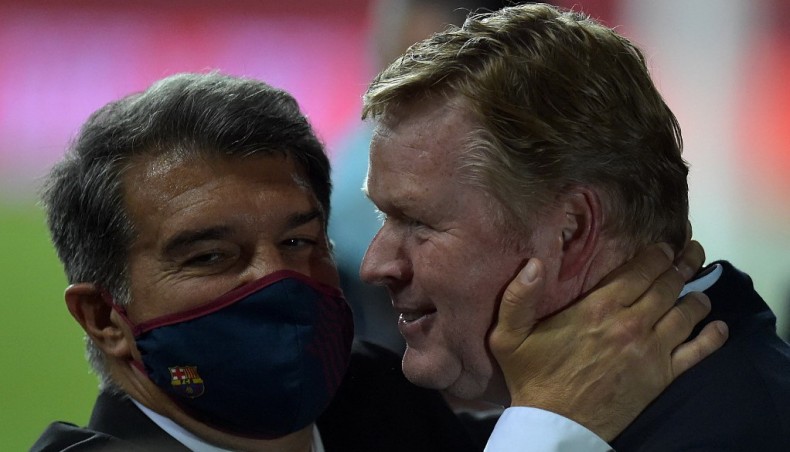 Barcelona said on Thursday it would have been an ‘historical error’ to turn down the chance to join the European Super League, with the club deciding to remain part of the project for now.

In an unapologetic statement, Barca said it would carry out an ‘in-depth analysis’ of the breakaway competition before putting the final decision to a vote among the club's members.

Only three teams - Barca, Real Madrid and Juventus - are yet to pull out formally after the withdrawal of the six English clubs prompted an incredible collapse late on Tuesday.

But Barcelona have said it would have been ‘an historic error to turn down the opportunity to be part of this project as one of its founding members’.

The statement continued: ‘Barcelona expressly reserves the right to submit such an important decision to the final approval of its members following a careful and very necessary study of the proposal.’

It added: ‘Barcelona appreciates that a much more in-depth analysis is required into the reasons that have caused this reaction in order to reconsider, if necessary and to what extent, the original proposal and to resolve all those issues, always for the good of the general interest of the football world.

‘Such an in-depth analysis needs time and the necessary composure to avoid taking any rash action.’

Barca president Joan Laporta had earlier described the ESL as a ‘necessity’.

With total debts of more than a billion euros, Barca are struggling to keep up with Europe's elite, making the prospect of a hugely lucrative new tournament particularly attractive.

‘We understand it is a necessity but on the other hand, the members will have the last word,’ Laporta told Catalunya Radio.

‘It is absolutely necessary the big clubs are able to express our opinion about the distribution of wealth given we contribute a lot.

‘It has to be an attractive competition based on sporting merit. We are open to dialogue with UEFA.’

Atletico Madrid announced they had pulled out of the ESL on Wednesday.

‘We're not talking about sanctions,’ said Tebas in a press conference. ‘Everyone wants to cut everyone's head off but we have procedures. We don’t need to rush into things.

‘The most important thing is these clubs have been sanctioned by their own fans. The sanction is the hit to their reputations.’