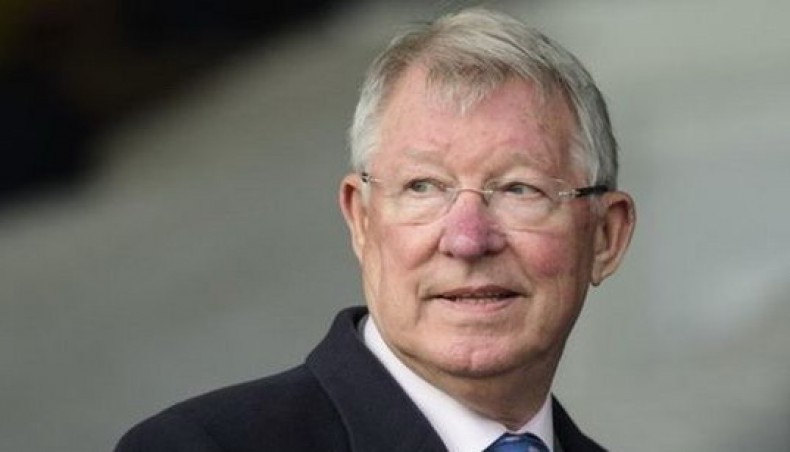 Alex Ferguson admits he cried tears of joy when Scotland beat Serbia to qualify for this year's delayed Euro 2020 championships.

The former Manchester United manager said he burst into tears when Ryan Christie, who had given the Scots a 1-0 lead before the Serbians levelled, started crying in a post-match interview.

The Scots sealed their place in their first major finals since the 1998 World Cup winning 5-4 on penalties when David Marshall saved Aleksandar Mitrovic's spot-kick.

Ferguson, who was parachuted in to coach Scotland at the 1986 World Cup finals following the death of Jock Stein, said he feared the worst when Serbia levelled in the last minute of normal time.

‘When Serbia scored in the last minute I thought 'oh Christ Almighty, extra-time, no chance',’ he told Glasgow's Euro 2020 team to mark 50 days to the start of the tournament.

‘But they saw it through and dug their heels in.

‘And then the Ryan Christie interview.

Ferguson said Christie's tears reflected that of a nation proud of its football heritage.

‘Ryan Christie was crying for Scotland, for every Scottish fan,’ he said.

‘So it resonates because of the love Scotland has for football. It was amazing, really amazing.’

Scotland host Czech Republic and Croatia at Hampden Park, either side of a Wembley clash with England -- a re-match of the Euro '96 group game when England beat the Scots 2-0.

Although it is a tough-looking group Ferguson says the Scots are in good hands with manager Steve Clarke.

‘The thing that impresses me about Steve is that he is unflappable,’ said Ferguson.

‘It doesn't matter whether the team is doing well or doing badly, his demeanour does not change.

‘He is composed, he is calm, and I think that transmits to the team. There is no panic.’

Ferguson says there is a lot to like about the team but adds an old failing might be their problem at the finals.

‘Their performance level has been very good, I have been impressed.

‘I look at the midfield players and I think they are as good as anyone, players playing in England.

‘(Kieran) Tierney has been fantastic at Arsenal, absolutely fantastic, (Andy) Robertson the last two years at Liverpool has been unbelievable.’

However, it is one player's progress in particular which makes Ferguson proud as punch.

‘(Scott) McTominay is now emerging as one of Man United's big players,’ he said.

‘When you watch Man United pick a team for a big game, McTominay is in it.

‘Good character, great trainer, I know a little bit about the boy.

‘I signed him when he was seven or eight.

‘He was actually a centre-forward as a kid. He has sprouted, a little bit like Darren (Fletcher) when he first came.

‘It's really rewarding for me to see a Scott coming through.’