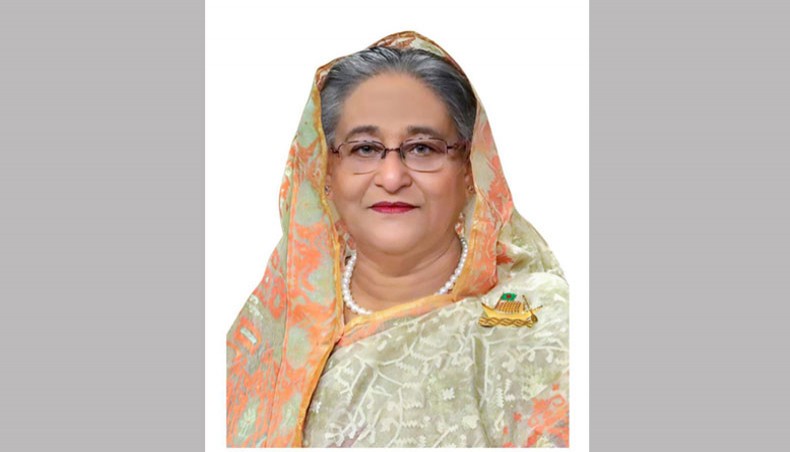 Prime minister Sheikh Hasina on Thursday urged the developed countries to formulate an immediate and ambitious action plan to cut their carbon emissions to protect the planet from the adverse impact of climate change as she placed a four-point proposal at a high-level global climate summit.

While delivering her statement at the virtual Leaders’ Summit on Climate, convened by US president Joe Biden, the prime minister simultaneously called for strong collective response to address global crisis like the climate change and ongoing coronavirus pandemic.

Sheikh Hasina joined the summit at the invitation of the Joe Biden. John Kerry, the US special presidential envoy for climate, handed over an invitation letter to the Bangladesh prime minister in Dhaka on April 9 to participate in the summit.

As many as 39 heads of state and government from across the world and the European Council president are expected to attend and deliver speech at the two-day virtual summit.

‘The coronavirus pandemic has reminded us that global crisis can only be addressed through strong collective response. As such, as a responsible member state of the conference of the parties, and as the Chair of Climate Vulnerable Forum, I would like to make few suggestions,’ the Bangladesh prime minister said while placing the four-point proposal.

In her first proposal, she said immediate and ambitious action plan should be taken by developed countries to reduce their carbon emissions to keep the global temperature rise at 1.5 degree Celsius and the developing nations should also focus on mitigation measures.

Sheikh Hasina, secondly, suggested ensuring the annual target of 100 billion US dollars which should be balanced 50:50 between adaptation and mitigation with special attention to the vulnerable communities while pursuing loss and damage.

‘Major economies, international financial institutions and private sectors should come forward for concessional climate financing as well as innovation,’ she said in her third proposal.

In the fourth proposal, the prime minister said that focus was needed on green economy and carbon neutral technologies with provision of technology transfer among nations.

She pointed out that as the Chair of the CVF and V20 (The Vulnerable Twenty), Bangladesh’s key focus is to uphold the interests of the climate vulnerable countries.

Sheikh Hasina said that Bangladesh was hosting the South Asian regional office of the global centre on adaptation which is promoting locally-led adaptation solutions.

She extended thanks to US president Joe Biden for convening the summit and inviting her to speak to this august gathering.

The prime minister said that Bangladesh deeply appreciated the United States’ return to the Paris Climate Agreement and was keen to engage with the international community.

She told the summit that Bangladesh emerged as a global leader on adaptation and mitigation despite being a climate vulnerable country with resource constraints.

In this connection, Sheikh Hasina said every year, Bangladesh is spending about 5 billion dollars, about 2.5 per cent of its GDP, on climate adaptation and resilience-building measures.

‘The 1.1 million forcefully displaced Rohingyas from Myanmar whom we’ve sheltered worsened our vulnerability,’ she continued.

The prime minister said that Bangladesh was pursuing a low carbon development path, and to raise its Nationally Determined Contribution-NDC and adaptation ambition, the country included new sectors in addition to the existing energy, industry and transport sectors in the mitigation process.

‘We’re planning to submit a quantified ambitious NDC by June 2021,’ she said.

Besides, European Council president Charles Michel is scheduled to attend the summit virtually.