Sixth phase of voting in West Bengal polls goes on 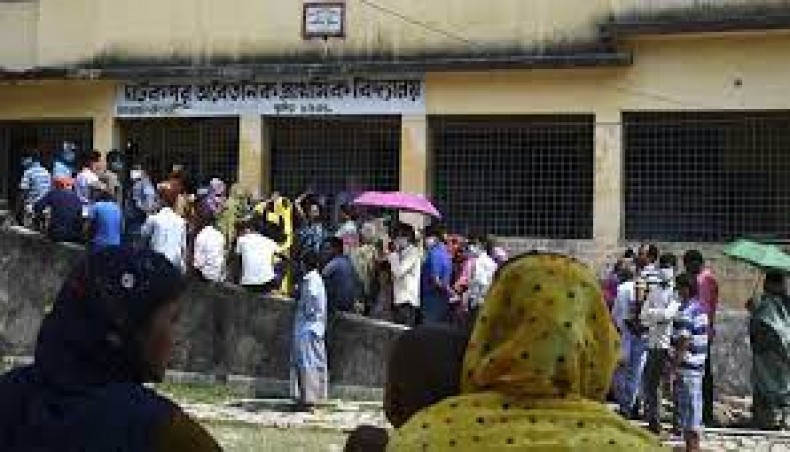 People stand into a queue to cast their votes at a polling station during the third phase of the state legislative elections, at South Twenty Four Parganas district, about 70 km from Kolkata on April 6. — AFP Photo

Voting in the sixth phase of West Bengal polls kicked off at about 7:00am on Thursday, said a report of The Indian Express.

The voting was being conducted at 14,480 polling stations in 43 Assembly constituencies across parts of North 24 Parganas, Nadia, Uttar Dinajpur and Purba Bardhaman, the report said.

The 306 candidates, whose political fate will be decided during this phase, include heavyweights such as Bharatiya Janata Party’s national vice-president Mukul Roy, Trinamool Congress ministers Jyotipriyo Mallick and Chandrima Bhattacharya, and CPI(M) leader Tanmay Bhattacharya.

Besides, film director Raj Chakraborty and actor Koushani Mukherjee are TMC’s candidates from the Barrackpore and the Krishnanagar North constituencies respectively.

The sixth phase of polls is being held in the midst of an unprecedented Covid-19 surge.

TMC had submitted a memorandum to the Election Commission urging it to club together phases 6, 7 and 8, while Bengal Congress chief Adhir Chowdhury had urged the poll watchdog to defer the last three phases of the election.

However, the suggestions were rejected by the poll body.