UAE warns of restrictions for unvaccinated 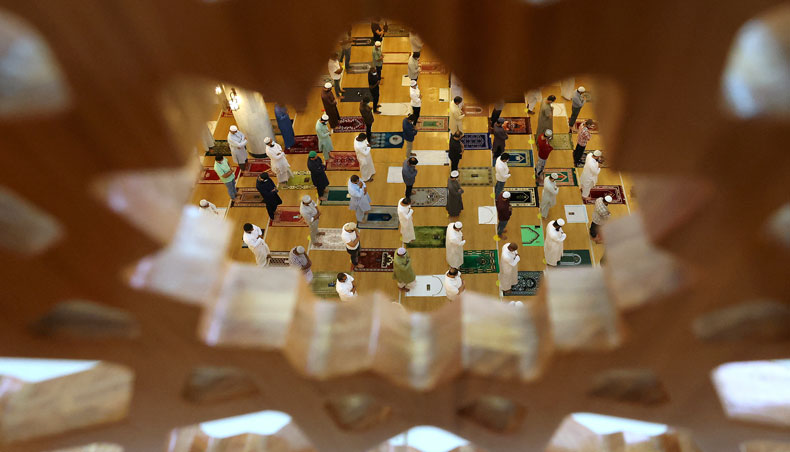 Muslim devotees, wearing protective masks amid the COVID-19 pandemic, pray on the first Friday of the holy fasting month of Ramadan at a mosque in Dubai on April 16, 2021. — AFP photo

The UAE announced on Wednesday it had given nearly 10 million vaccine doses, equal to one for every resident, after warning that those who remained unvaccinated would face restrictions on their movement.

The United Arab Emirates has mounted an energetic coronavirus vaccination campaign for its citizens as well as the foreigners who make up the majority of the population.

However, daily infection rates remain high after it became one of the first destinations to reopen to tourism last year, making it a magnet for visitors from all over the world, and being hit with a spike in cases afterwards as a result.

That result, with two-dose therapies including Pfizer/BioNTech, AstraZeneca and Sinopharm, makes it second-fastest per capita delivery in the world among major nations, after Israel.

However, the NCEMA warned on Tuesday that anyone opting against vaccination was putting their families and communities at risk, and that they would face unspecified penalties.

‘Strict measures are being considered to restrict the movement of unvaccinated individuals and to implement preventive measures such as restricting entry to some places and having access to some services,’ it tweeted.

‘Delaying or refraining from taking the vaccine will pose a threat to the safety of society and put all groups, especially those most vulnerable to infection, as it poses a major challenge to the national efforts to recover,’ the tweet added.

The warning, after a vaccination programme that has been widely embraced by citizens and residents alike, caused a stir online and a rare rebuke from two Emirati figures with large social media followings.

‘Taking the vaccine is a personal decision, and imposing it deprives people of their rights,’ Sheikha Manal al-Maktoum, a member of the Dubai royal family, tweeted.

She was backed by Emirati professor of political science Abdulkhaleq Abdulla who commended her ‘wisdom’.

‘Health authorities, local and federal, should intensify awareness and culture campaigns and offer more incentives instead of taking punitive measures and refusing to provide services, and limiting the movement of those who didn’t take the vaccine,’ he tweeted.

The UAE has now recorded some 502,000 cases of coronavirus, the highest number among the Gulf states, and exceeding its much bigger neighbour Saudi Arabia.

Strict rules on masks and social distancing are in force, but otherwise life in the UAE’s cities of Dubai and Abu Dhabi is going on much as normal, with restaurants and shops open for business.