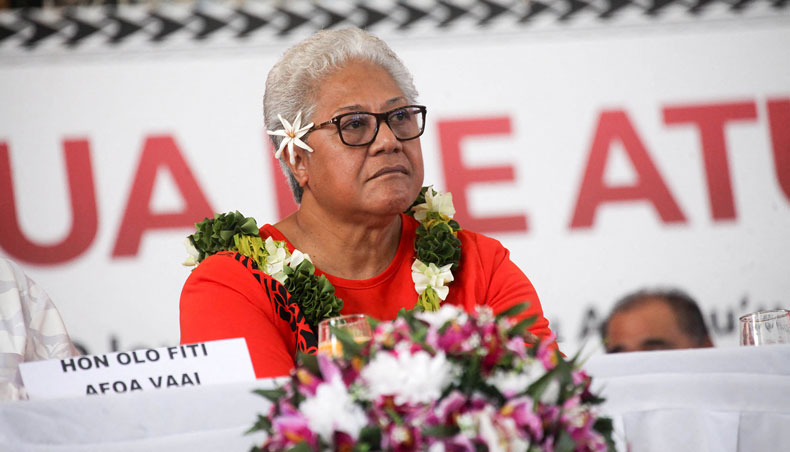 A gender quota law in Samoa that threatens to derail the opposition’s hopes of installing the Pacific nation’s first woman prime minister was challenged in court on Thursday, in the latest twist in a cliff hanger general election.

The April 9 poll remains deadlocked with each side holding 26 seats, but the opposition FAST Party had said the government gained an extra member by ‘unlawful and unconstitutional’ means.

The constitution was amended before the last election in 2016 to ensure that 10 per cent of the seats in parliament were filled by women.

The formula worked in 2016 because there were 50 seats, but this year’s vote had one more, prompting the Electoral Commission to argue that the five women who won election represented only 9.8 per cent of seats, falling short of the quota.

As a result, it added a 52nd seat and gave it to a female candidate from Malielegaoi’s HRPP Party, leaving both sides with 26 each.

The court case launched by FAST Thursday centres on which interpretation of the quota should be used — 10 per cent or five seats — as the constitution amendment uses both figures.

The court has not yet given any indication of how long it could take to make a ruling.

But Malielegaoi has hinted he could call another election if the stalemate is not resolved, while the opposition wants the court to decide.

‘FAST prays for our people’s continuing patience and calm while we try to ensure that any threat to the integrity of our general election is removed and that justice perseveres in our democracy,’ the party said.