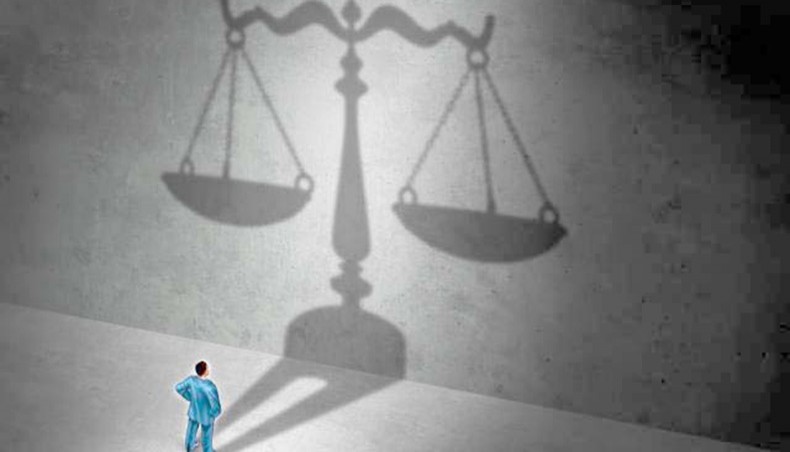 — US Council for Internatioal Business

THE accumulation of wealth and the very impact of business enterprises of this era have given rise to a debate and deliberation about their roles and responsibilities with regard to human rights and ultimately the issue ‘business and human rights’ did manage to have berthing among UN Agenda of international importance. As early in 2005, at the request of the UN Commission on Human Rights, a Special Representative of the Secretary General was appointed in order to identify and clarify standards of corporate responsibility and accountability for trans-national corporations and other business enterprises with regard to human rights and thus, the UN ‘Protect, Respect and Remedy’ framework was elaborated and presented before the Human Rights Council on the basis of which the UN Guiding Principles on Business and Human Rights was developed and unanimously endorsed by the Human Rights Council, which may be considered as the first ‘global standard’ set forth for business enterprises addressing to prevent and seize the risk of adverse impacts on human rights associated to business activity in general.

Human rights are rights inherent to all humans regardless of race, sex, religion or nationality or any other status and include such rights as right to life, liberty, freedom from slavery or torture, freedom of opinion and expression, right to employment and education and so on. All humans are entitled to these rights, without any discrimination. However, some of these issues often directly affect businesses’ employees and the community as a whole and also, the general human rights environment in which a business operates. It was common that the business sector would or used to address such issues through their corporate social responsibility programmes. However, corporate social responsibility activities depend upon the caprice of choices of the corporate entities/enterprises and were predominantly voluntary in nature, whereas the human rights approach entails corporate entities/enterprises to embrace and respect all, and ‘pick and choose’ option does not exist (as it was in corporate social responsibility endeavours) for the enterprises, which provides a universally recognised people-centric approach for businesses to deal with.

In Bangladesh, the practice to conduct business adhering to provisions of human rights has begun. Horrifying and dreadful lessons gained in the last couple of years from disasters and tragedies that occurred in the business sector are remarkable. Fire incidents, one that took place at Nimtali in Old Town of Dhaka on June 3, 2010 killing around 125 people, where depots chemicals and flammable products were the cause of fire, and the other that broke out on the outskirts of Dhaka on the factory premises of Tazreen Fashion on November 24, 2012 taking the lives of 117 people and causing injuries to many others, are commonly known as the deadliest factory fire in the history of our country. Others such as the Rana Plaza incident of 2013, where an eight-storey commercial cum factory building collapsed due to structural fault, taking the lives of no less than 1134 workers/employees, along with 2500 grievously injured, and the incident of boiler explosion on premises of a packaging factory at Tangi, Gazipur claiming lives of as many as 23 people and injuring many more, are being considered as the biggest industrial disasters in Bangladesh. Anyway, that is not the end, in another tragic incident of fire that happened at Chawk Bazar in the Old Town of Dhaka that left 80 people dead, where chemical illegal and unregulated depots were found to be the reason. Such tragedies keep on occurring and these incidents renew the call for the implementation of the UN Guiding Principle on business in Bangladesh and, in this endeavour, both the government and other stakeholders and workers have their respective parts to play, in as much as, protection and remedies mostly depend on the government, whereas workers and stakeholders are required to raise their voices demanding and exerting pressure for safeguarding human rights in Bangladesh business sector.

Anyway, this being the scenario on the national level with regard to adhering the human rights concerns in the business periphery, may it be wise to look back to our legal regime that concerns labour rights in general and human rights as well. The colonial government (1757–1947) enacted laws which were adopted in different parts of the then British India for workforces engaged in factories and business enterprises. Bangladesh inherited both the legal system of the British colonial period and post-partition period (ie, 1947–1971). These laws were made on ‘sectoral basis’ and if and when required to address any upcoming issue, and were also applicable in that way. Anyway, following the Taiwanese Model, Bangladesh government decided to compile all these laws under one umbrella and in doing that as many as 46 acts, 25 ordinances and orders, made earlier, were repealed and thus, the Bangladesh Labour Act, 2006 came in (which underwent only two small amendments and an annexation of a rule in the form of subsequent edition). This is certainly a major move forward towards securing labour rights and in doing that, the legislature endeavours its best to accommodate ILO standards, but despite that, Bangladesh being a developing country, it is rather much to expect from them to be at par with concerns of the international arena.

If the government had valued their workforces and protected their rights to organise, if each entity had played its role with due diligence, most of the incidents of fire and building collapse mentioned above would not have happened. But it seemed that none have performed what is expected of them. The United National Guiding Principles, in fact, appears to have been ignored. The government neither did much to protect the lives of workers in the business sector, nor enterprises fulfilled their responsibility towards their own workers and, instead, they forced the workers to work in an unsafe environment. Even the international brands did not fulfil their commitment. It cannot be denied that workforce across Asia is being abused at two levels, (1) infrastructural level where they are compelled to work in unsafe workplaces exposed to factory fires, building collapses and other accidents, and (2) at a more humane level, where they are denied of freedom of expression and association, of a decent wage to be able to live a standard life, and of respectful treatment devoid of mental, physical, sexual or other forms of abuses.

At this juncture, it may be pertinent to consider where the National Human Rights Commission of Bangladesh stands in facilitating access to remedy when business related human rights abuses are concerned. To be precise, Section 12 of the National Human Rights Commission Act, 2009 provides mandate to deal with complaints relating to allegation of business-related human rights violation and the commission can inquire into a complaint concerning alleged business-related human rights abuses, and while so doing, may call for report or information from the government or any of their authority or any organisation. Provision of Section 14 of the National Human Rights Commission Act empowers the commission to take further steps to resolve any such issue through mediation and arbitration. Cases where the commission finds the complaint as true, and once inquiry is done, it can recommend the government to initiate proceeding for prosecution or take other legal action against the alleged entity, and at the same time is required to recommend appropriate cases (as envisaged under Section 19 of the National Human Rights Commission Act, 2009). The commission can also submit petition before the High Court for and on behalf of the aggrieved person, where the court is competent to pass order or give instruction/directives under the Article 102 of the constitution of the Peoples’ Republic of Bangladesh. However, a lack of provision for further steps by the commission in cases of non-compliance by the government to attend to the recommendations, given by the commission, is the grey area which should be addressed properly in ensuring effective remedy and makes the commission effective. Like Many enactments/statutes of our country here also an inadequate ‘enforcement mechanism’ undermines the enactment itself to a great extent and, in fact, makes it a ‘toothless tiger’.

In the premises mentioned above, it is no gainsaying to note that in some South Asian Countries, a number of academic institutions, ie, School of Law, LUMS, Pakistan, Jindal Global Law School, India, School of Law, Brac University, Bangladesh and Villa College of Maldives are also trying to create a common platform, with active support under the American Bar Association – Rule of Law Initiative, to ensure that basic human rights, especially in the business sector, is granted to all.

K Shamsuddin Mahmood is a professor and the dean of law at the BRAC University.