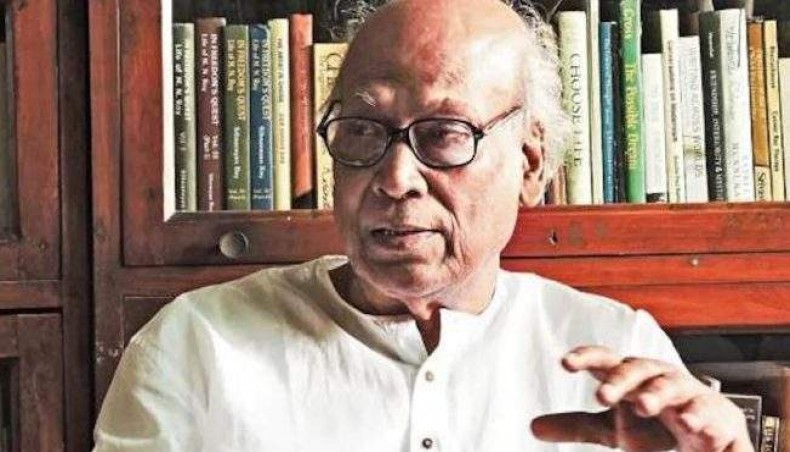 Renowned Bengali poet Sankha Ghosh, widely known by his pen name Kuntak, died at his home in Kolkata, India on Wednesday morning. He was 89.

Ghosh passed away around 11:30am on Wednesday, barely a week after contracting coronavirus, his family said. The poet was in home isolation since April 14 when he tested positive for Covid-19. He was put on life support on Monday after his condition worsened.

In fact, the eminent poet had been suffering from age-related ailments for a while. In January this year, he was briefly hospitalised.

Born at Chandpur on February 5, 1932 in present-day Bangladesh and brought up in Pabna, Sankha Ghosh’s ancestral home was in Barishal. He belonged to the era of Bengali poets after Jibanananda Das.

He  received several coveted awards — Jnanpith and Sahitya Akademi awards to name a few. In 2011, Ghosh was conferred with the Padma Bhushan, the third-highest civilian award in India.