Guterres, Ban Ki-moon call for ASEAN to act on Myanmar 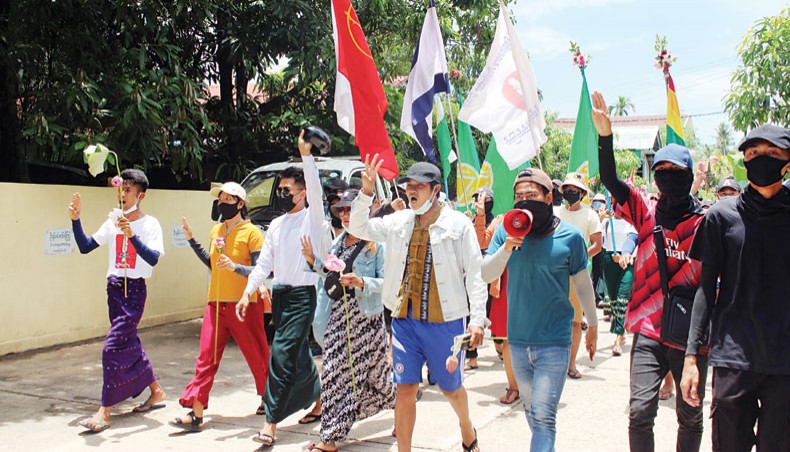 Protesters holding up the three finger salute as they march in a demonstration against the military coup in Dawei, Myanmar on Tuesday. — AFP photo

UN secretary-general Antonio Guterres and his predecessor Ban Ki-moon on Monday urged governments in southeast Asia to push to end the crisis in Myanmar, during a video conference of Security Council leaders.

‘I urge leaders to take immediate and concerted actions,’ said Ban ahead of a special summit of the Association of Southeast Asian Nations on Myanmar on Saturday in Indonesia.

‘They should agree that a high level delegation will visit Myanmar to engage with all relevant parties. I am sincerely appealing to ASEAN leaders to step up together with the United Nations to help the people and country of Myanmar.’

He said he regretted divisions within ASEAN that have prevented a united response, and called for the UN Security Council, which has also been split over Myanmar, ‘to act decisively to prevent the worst in Myanmar and beyond.’

Guterres said that ‘ASEAN’s role is more crucial than ever as the region faces an urgent crisis in Myanmar.

‘The situation requires a robust international response grounded on a unified regional effort.

‘I urge regional actors to leverage their influence to prevent further deterioration and, ultimately, find a peaceful way out of this catastrophe.’

The army has moved to quell mass protests against its rule, killing at least 730 people according to a local monitoring group.