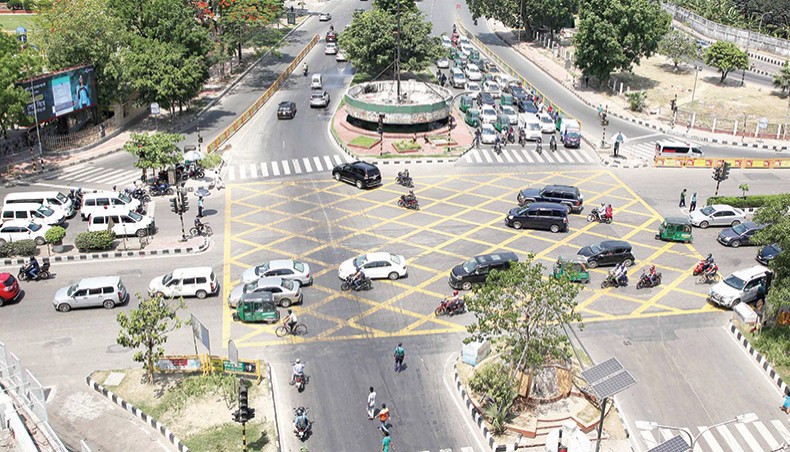 The government on Tuesday extended the ongoing restrictions on public movement and other activities for a week till April 28 midnight to contain the surge in Covid infections amid the violation of restrictions, with a high number of people and vehicles coming out on the streets.

‘The timeframe of the current restrictions has been extended till April 28 midnight from April 21 midnight keeping in view the present situation of Covid infections,’ said a circular issued by the Cabinet Division.

The banking activities and special international flights will continue during the period, it said.

The police and the local administrations, including all divisional commissioners and deputy commissioners, across the country have been asked to take measures to execute the restrictions, according to the circular signed by deputy secretary Md Rezaul Karim.

The numbers of people coming out of their houses and private cars on roads have gone up remarkably in the past few days while crowds have increased at kitchen markets and shops for essential commodities, ignoring the Covid health guidelines.

An inter-ministerial meeting with cabinet secretary Khandker Anwarul Islam in the chair on Monday decided to extend the current restrictions on public movement and overall activities by a week to contain the spread of Covid-19.

‘The government has decided to extend the lockdown to reign in the worsening Covid situation by any means. The authorities concerned, including the field administrations, have been asked to strictly implement the restrictions,’ state minister for public administration Farhad Hossain told New Age.

On the seventh day of the current eight-day restrictions, police personnel in the capital were found busy controlling traffic movement while public movement in other cities also increased sharply on Tuesday.

Police officials said that they were struggling to control traffic on the streets as a huge number of light vehicles, including private cars, CNG-auto rickshaws, motorcycles, rickshaws and microbuses ruled the streets.

Due to the pressure of vehicles, people had to wait 15-20 minutes in different intersections, including Bijoy Sarani, Karwanbazar, Farmgate, Asad Gate, Gulistan, Gulshan and Motijheel.

Assistant inspector general of police Md Sohel Rana, quoting movement pass data, said that 2.21 lakh people got movement pass in the past 24 hours till 10:45am on Tuesday.

The government in a fresh order on April 12 announced the closure of all government and non-government offices and financial institutions for eight days, imposing further restrictions on public movement and overall activities from 6:00am on April 14 to April 21 midnight to check the worsening Covid situation.

New Age correspondents in Sylhet, Barishal, Rangpur, Rajshahi, Khulna and Chattogram reported that people were found reluctant to obey the restrictions on Tuesday.

They said that people largely ignored health guidelines and went out of home for their livelihood while many others gathered in different intersections, lanes and bylanes in the evening for gossiping.

The previous restrictions on public movement and business activities that had come into effect on April 5 was extended to April 14 amid widespread violations as many people came out of home while others went for shopping, crowding markets despite a high risk of infections in the capital as in other cities across the country.

No one is permitted to move outside home without emergency and the operation of all modes of public transport, including international flights, is banned during the period of restrictions as per the Cabinet Division circular.

Industries have been, however, kept out of the purview of the shutdown.

A significant number of CNG-run auto-rickshaws, rickshaws and ride-sharing motorcycles were seen on the roads.

Drivers and pullers said that despite the fear of the virus and fine, they were compelled to return on the streets to manage livelihoods of their families as the government has not ensured their three meals a day.

Shop owners said that if they could not sell their merchandise, they would incur huge losses.