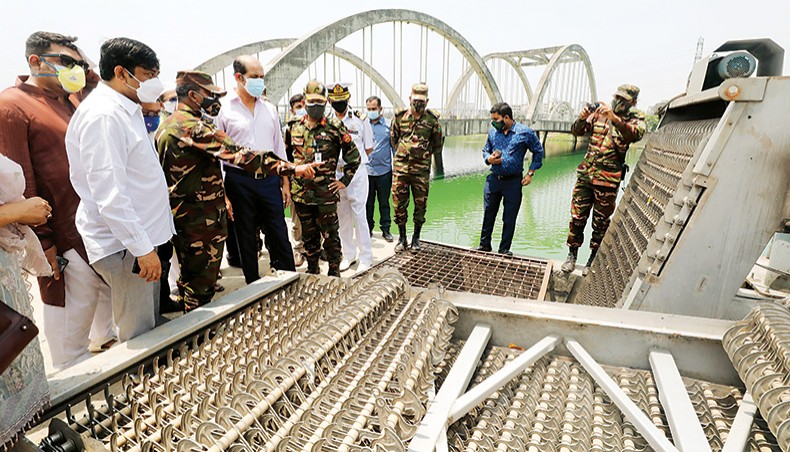 Dhaka north city mayor Md Atiqul Islam on Monday asked the Rajdhani Unnayan Kartripakkha to hand over Hatirjheel water body to the city corporation if Rajuk could not maintain it properly.

After visiting drainage network in the Hatirjheel area, he talked to the reporters and hoped that the area residents would not suffer from waterlogging after the renovation of the drainage network of the area.

Mayor also visited the pumping houses and he directed the officials concern to maintain them properly.

He said that garbage caused waterlogging when the Dhaka WASA maintained the city canals, but DNCC was now maintaining them, also after evicting illegal structures.