A most political, and perfidious, pandemic 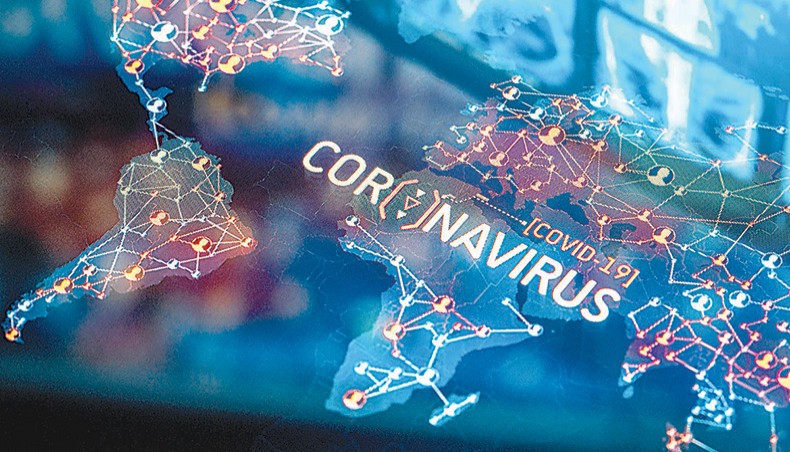 ‘ARE we under Martial Law? …Nobody knows what’s going on! …It’s madness unleashed by human error!’ — Quotes taken from the trailer to George Romero’s 1973 film Code Name Trixie, better known by its re-branded title The Crazies.

It’s sure been a crazy last year, with more ‘crazy’ in the forecast. We have got lots of novelty vaccines now, but we have also got vicious new COVID ‘variants’ that are keeping things tense and lockdowned — except where things are ‘opening up’, of course. The mainstream media, certainly, has caught a case of the SARS-CoV-2 that just won’t go away…

Early during the initial American reaction to the COVID-19 ‘revelation’, I re-watched George Romero’s campy ‘classic’ The Crazies, a minor masterpiece in the cinema of epidemiology genre. This film eerily — and somewhat humorously — fit the ‘schlock-and-awe’ mood and tone of the suddenly announced COVID ‘emergency.’

In The Crazies, a military plane crashes in the western Pennsylvanian woods (‘Flight 93, are we reaching, over…’) with a ‘vaccine’ on board that gets into the local water supply. The crashed plane is from Fort Detrick, Maryland, of all the crazy places. We quickly find this plot-fact out from the military team that descends upon the nearby town to quarantine it. These quarantining commandos are comically dressed in all-white Haz-mat suits, 70s style, as if they were the Pentagon’s elite Ku Klux Klan unit. Soon, we learn that the ‘vaccine’ story is a sham; instead, the ‘vaccine’ is a bio-weaponized pathogen known as ‘Code Name Trixie,’ the original title of the movie. The problem with ‘Trixie’ is that it makes most of the townies criminally insane.

The Crazies did not do well at the box office, in part due to a confused distribution roll-out, according to anonymous sources ‘deep inside’ the B-movie industry scene. Also, the pervasive sense of Vietnam War allegory probably did not help the movie’s appeal to 1973 audiences. However, what is notable in today’s pandemical context about The Crazies is the film’s relentless depiction of the stumble-bumble approach of the ‘authorities’ to the ‘outbreak,’ which weirdly mirrors — or even foreshadows — the situation today since even before the declaration of ‘national emergency’ over COVID-19 on March 11, 2020.

The current SARS-scare has always had a horror movie-style schlock vibe about it. Fear is in the air everywhere, and broadcast daily, in case we forget. Consider then-president Trump, that cartoon or reality TV game show host, playing the role of the mayor of Amity Island in the 1976 Spielberg castration fantasy Jaws (which made a mint, unlike Romero’s The Crazies). ‘Get back in the water!’ the mayoral-president figure barks, while the ‘deep state’-toothed expert-idiot at his side, old Doc Fauci, buries his whole-shark-face into his whole-shark-fin…

Trump’s cartoon presidency has not gone smoothly up to this point, a re-election year. But, he’s a survivor, and no matter how many times daggered by the corporate press that practically elected him, the ‘Donald’ always manages to resequelise himself, just like ‘Jason’ in the Friday the 13th film series. Whatever the ‘nasty’ press does, this Orange Manster just keeps tweet-stabbing himself back to ‘Life in front of a camera…’

Given the manifestly aggressive inefficacy of the media, the story shifts. Enter famous Watergate-era Washington Post reporter Bob Woodward, who built his reputation by co-inking an ‘insider’ story that brought down a previously bullshitting president (1973?): ‘Look out, Donald Dragon: this is Bob Saint George, and your days are numbered…’ And so they were. However, Woodward’s early February, 2020 interviews with Trump, which occurred more than a month before the ‘national emergency’ declaration over a ‘novel coronavirus,’ suggest a certain duplicity, or dishonesty, has always been spliced into the core of the COVID narrative.

On February 7, 2020, Trump told St Bob that the new disease was ‘airborne,’ and also way deadlier than the ‘seasonal flu.’ How did His Orangeness know that then? Who told him: a canary in a coal mine? This strange story broke on October 19, or in the context of the immediate run-up to the election, and was framed as more ‘road-kill click-bait’ on Trump, while Joe Biden was hiding in his basement, but still pretty sure he was going to be the next president anyway. The real ‘reveal’ with the Woodward-Trump interview leak, however, is actually quite obvious on the Faucist-face of it: everyone in significant government and public health positions must have known the same things about COVID-19 well before the pandemic announcement, yet they all kept their mouths shut about it. This might be a mistaken inference; eg, maybe Fauci and Friends didn’t know because they were not in ‘in the loop,’ so to speak? This seems unlikely, given Fauci’s long tenure as head of NIAID, and his own keen interest in coronaviruses. So: did Fauci know? If he did, then Anthony Fauci and others connected to him are perfidious bastards, and should be moved to jail cells sooner rather than later. If the public health is their ultimate responsibility, they are no doubt chronic failures and, more than that, criminal failures.

So far, of course, it looks like a ‘criminal Succe$$!’ — just ask Stephen Colbert, who sucks up to it. He is not the only one, of course, running ‘comic’ cover for Fauci by distorting the record about COVID-19. Publicly, of course, St Fauci was a curious late-comer to COVID awareness. Before the official recognition, that ‘Houston, we have a problem!’ moment in America, Fauci downplayed the pathogen, saying that it’s nothing to worry about now, but it could be a ‘problem’ later on. He was totally lying, of course, but weirdly stating the truth at the same time, because no one was officially worrying about SARS-CoV-2 then, only to publicly freak out about it later. Fauci’s crystal ball should probably be seized as evidence…

It might as well be The Andromeda Strain, as much as the public’s credulity has been strained during this pandemic episode. Remember, this is a horror movie, produced by Who Knows What Studio: Any guesses? As late as March 8, 2020, Saint Fauci was still pretty explicitly mocking the wearing of masks during a 60 Minutes interview; as of February 29, 2020, then-Surgeon General Jerome Adams put out an all-CAPS tweet: ‘STOP WEARING MASKS!’ Maybe we should give SG Adams a ‘leap-year-of-faith’ pass on that tweet, as Biden fired him immediately, possibly because Jerome wasn’t ‘black’ enough for neo-Dixiecrat Joe…This is an interesting phenomenon to observe in slight retrospect: Trump knows, but continues to deny in Public; Fauci knows, and continues to deny until… that Magic Money Tree moment, when the Holy Stock Market starts to slide into an avalanche, and, ‘Believe you me Jesus, We gotta Pandemic to Beat the Band on our Hands!’ Fauci seems to have been playing a double game all along, because even while the cartoon president is blaming COVID on ‘CHI-Nah!’, Fauci’s scurrying around to make sure his ties to the Wuhan Virology Institute’s enhanced coronavirus research studies do not become ‘common knowledge,’ because the people might take your measure if they knew.

Trump’s a fraud, as everyone from any stripe of the political spectrum knows; but, Anthony Fauci is cut from a similar cloth, and definitely a ‘deeper’ weave of that cloth. One could call that ‘cloth’ a cult and not miss the mark, by all that’s Holy Cross!

The truth about COVID-19, or SARS-CoV-2, is being re-written every day, and in every way, by interested actors — also invested actors. Nicholson Baker’s New York Magazine article ‘The Lab-Leak Hypothesis,’ published on January 4, 2021, is worth a look. This article was forwarded to me by a kind reader who had read a previous article of mine. In it, Baker explores the resurgence of the ‘lab-leak’ origin story of the virus, which was loudly back-burnered at the beginning of the pandemic, or even denounced as a ‘conspiracy theory’: yes, that magical phrase waved like a wand to make uncomfortable questions go away…poof! Lost in the origin story shuffle — and I can envision old Doc Fauci nervously shuffling a deck of Chinese playing cards — is the possibility that COVID-19 could have an entirely domestic origin, in which case the prevaricating doctor begins shuffling more vigorously. In addition to impounding Fauci’s crystal ball, perhaps we should seize his deck of cards, too, one of which is most certainly a ‘Trump’?

By the way, did I forget to mention that the virus came from Fort Detrick — in the movie, I mean? Or, maybe I’m just a bit bit-by-a-bat Crazy, and everything you’ve just read is merely a COVID-allucination? WHO knows…