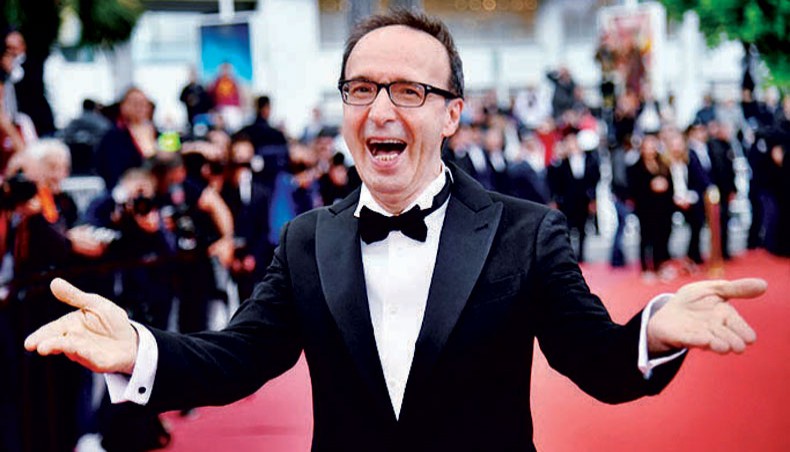 Italian actor and director Roberto Benigni, who won an Oscar for ‘Life is Beautiful’, will be honoured with a career award at this year’s Venice Film Festival, organisers said Thursday.

Known for his irreverent, clownish antics, but also for his public readings of Dante’s ‘Divine Comedy’, the 68-year-old Tuscan is one of Italy’s most popular film stars.

He has directed nine movies and acted in dozens more.

‘My heart is full of joy and gratitude. It is an immense Honor to receive such an important recognition of my work,’ Benigni said in a statement released by the Venice festival.

Festival director Alberto Barbera paid tribute to Benigni’s ‘exuberance and impetuosity, his generous way with the public, and the passionate joyfulness that is perhaps the most original hallmark of his opus’.

As well as starring in and directing ‘Life is Beautiful’, a Holocaust tragi-comedy which won Oscars for best actor, best musical score and best foreign language film in 1999, Benigni worked with several cinema big-hitters.

These include directors Federico Fellini, Woody Allen, Blake Edwards, and Bernardo Bertolucci. His wife, the actress Nicoletta Braschi, has been the female lead in all his movies since 1987.

The Venice Film Festival is one of the most prestigious in the world, rivalling with Cannes and Berlin, and the oldest. Its 78th edition is scheduled for September 1-11, 2021.