Bangladesh still hopeful of getting COVID vaccines from India: FM 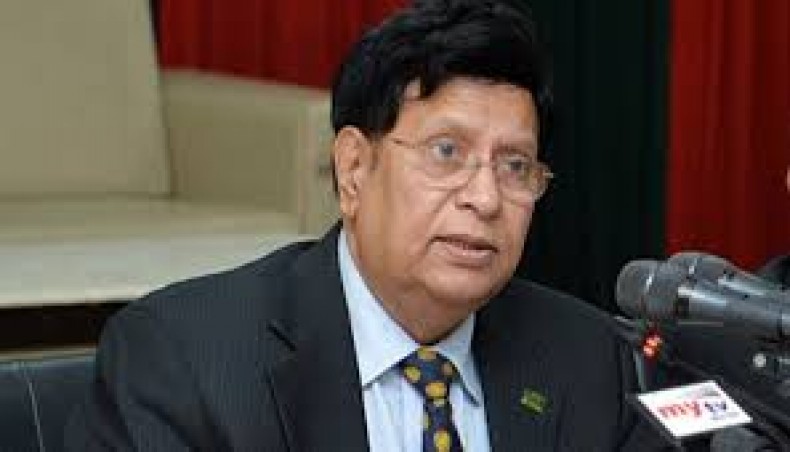 Despite its high demand in India, Dhaka hopes that New Delhi will supply the rest of the Oxford-AstraZeneca COVID-19 vaccine doses produced by Serum Institute of India to Bangladesh as agreed between the two countries with other options open.

‘India is telling us that the March consignment will come but yet to arrive. We believe in their assurance,’ Foreign Minister AK Abdul Momen told UNB in an interview at his residence.

Bangladesh has purchased three crore doses of the vaccine from the Serum Institute and the first shipment of 50 lakh arrived here in January last week while the second consignment of 20 lakh doses of COVID-19 came in February.

The foreign minister acknowledged the high demand of vaccines globally, including the demand by some political leaders in India to halt export.

‘I think it won’t be applicable for us as we’ve made arrangements and made advance payment. India announced the vaccine will be delivered as per schedule. And we believe it,’ Momen said.

Senior Congress leader Rahul Gandhi has written to prime minister Narendra Modi asking him to place an immediate moratorium on the export of vaccines, fast track approval of other vaccines and open up vaccination to everyone who needs it.

During Indian prime minister Narendra Modi’s visit last month, the two countries exchanged views on the situation of the ongoing COVID-19 and expressed satisfaction at the manner in which sustained engagement between the two countries has been maintained during this ongoing crisis.

The Bangladesh side thanked the government of India for giving 3.2 million doses of Oxford AstraZeneca Covishield vaccine made in India as a gift and appreciated the prompt delivery of the first batch of 5 million doses.

Bangladesh requested the Indian side to facilitate the regular delivery of the remaining tranches of vaccine procured by Bangladesh from the Serum Institute.

India assured Bangladesh of its best cooperation in accordance with its domestic exigencies and international commitments.

‘They’re (India) producing more but they can’t meet their own needs. We’re communicating with other sources,’ Momen said.

Once China showed much interest in providing vaccines to Bangladesh but Bangladesh did not show interest at that time as their vaccine was not approved by the World Health Organisation, he said.

Momen said China administered vaccines for their vast population, which they say without any side effect apart from proving their vaccine to over 50 countries. ‘We’re continuing discussions with China again so that they can help us.’

The foreign minister said that Russia proposed Bangladesh to go for a co-production. ‘It’s not bad. We’re keeping our options open.’

He said Russia would give the technology and Bangladeshi pharmaceutical companies will produce the Russian vaccine here if things go well. ‘It’ll be cheap and hopefully it will be better.’

Bangladesh was one of the few countries to get the vaccine first joining hands with its neighbour India amid high demand for it globally.

‘It has been possible for prime minister Sheikh Hasina’s prudent leadership and farsightedness. She took the initiative from day one,’ Momen said.

Like the previous day, 101 people died from COVID-19 in 24 hours till 8am Saturday, according to the Directorate General of Health Services. This is the highest number of deaths due to COVID-19 recorded in a span of a day so far in the country.