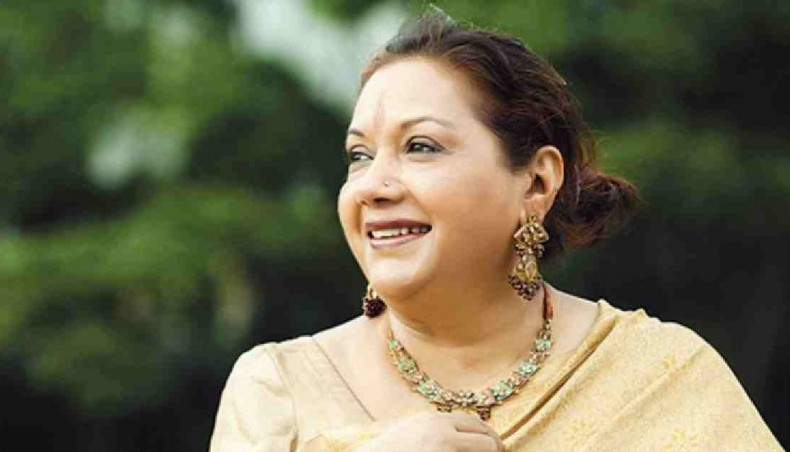 Veteran actress Sarah Begum Kabori died of COVID-19 at about 12:20 am on Saturday while undergoing treatment at Sheikh Russel National Gastroliver Institute and Hospital in the capital at the age of 73.

Her son Shaker Chisti confirmed the matter to media.

Film industry insiders expressed deep shock at the death of Kabori, who was popular among the masses as the ‘pretty girl’ of the film industry for her natural beauty and beautiful appearance in the role of ‘ideal Bengali maiden’ in so many films.

Farida Aktar Babita said, ‘When I woke up to say my prayers at midnight, I received a text on my phone saying that Kabori Apa is no more. I thought that some people are spreading rumours. I turned on the TV and saw that she passed away. The news came as a huge shock to me. I couldn’t sleep all night.’

‘Kabori Apa conquered the hearts of people from all walks of life with her acting. Her death has left a huge a void in the country’s film industry. May her departed soul rest in peace,’ Babita added.

Dilara Zaman said, ‘I had known Kabori since she was an adolescent girl. She curved out a niche in the film industry with her talent. Though she was surrounded by well-wishers, she always felt lonely and longed for a friend with whom she could share everything.’

‘My brother-in-law once invited me and Kabori at the launching ceremony of a restaurant in the capital’s Gulistan area. We had a great time and spent hours gossiping. May her departed soul rest in peace,’ Dilara Zaman added.

Afzal Hossain said, ‘Majority of our artistes do not get due recognition in their lifetime in our country and Kabori Apa is no exception.’

‘She conquered heart of film lovers acting in many hit films in her hay day but in her later years she hardly got opportunities to act in films. I urge all to give artistes the recognition they deserve,’ Afzal added.

Ferdous Ahmed said, ‘It is difficult to believe that she is no more. Her passing away has left a huge void in the country’s film industry.’

‘I acted in the film Ayna, which was her maiden directorial venture. She was a straight forward person. I was fond of her acting. The younger generation artistes could learn a lot by watching her acting in films namely Sutorang, Titas Ekti Nadir Nam, Sareng Bou, Sujon Sokhi and others,’ Ferdous added.

The actress found a niche in the minds of millions since her debut through Soovas Dutt’s Sutorang in 1964.

She used her popularity to boost the freedom fighters and Bangladeshi refugees in India during the War of Independence in 1971. She was also instrumental in building awareness of independence among foreigners, both through delivering speeches and performing in cultural shows.

‘Common people may not know the role I played during the war as I did not trumpet it for personal interest or benefits. I haven’t even applied for freedom fighters’ certificate as many artistes have done,’ the actress, who crossed the border on April 19, 1971, into Tripura, told New Age in an interview in 2018.

Her first husband was Chitta Chowdhury. The actress divorced him in 1978. Kabori married Shafiuddin Sarwar in 1978. The couple got divorced in 2008.

She made her directorial debut with the film Ayna in 2006. She had recently completed the shooting for the government grant-winning film Ei Tumi Sei Tumi.

She was elected as a member of parliament from the Narayanganj-4 constituency as Awami League politician in 2008.

Kabori tested positive for COVID-19 on April 5. She was shifted to the Intensive Care Unit at Sheikh Russel National Gastroliver Institute and Hospital on April 8. She was put on life support on April 15.