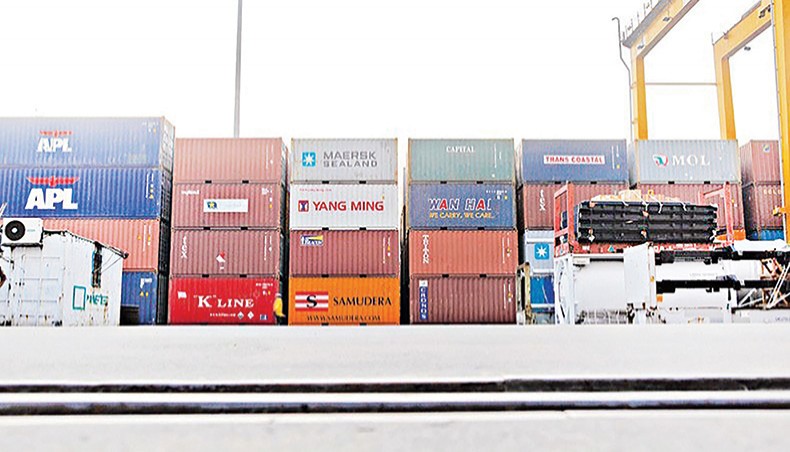 A file photo shows goods-laden containers at the Chattogram port. Customs House Chattogram has extended the scope for taking delivery of 38 types of imported products from the Chittagong port along with private inland container depots till June 30.  — New Age photo

Customs House Chattogram has extended the scope for taking delivery of 38 types of imported products from the Chittagong port along with private inland container depots till June 30.

The CHC has recently extended the benefit based on the demands placed by importers and their customs clearing and forwarding agents.

The goods are generally supposed to be delivered from the private ICDs, also known as off-docks.

However, the customs house also allows delivery of the products from the Chittagong port to facilitate trade.

In a letter issued on April 4, the CHC said that the deadline for taking delivery of the items from the port along with the offdocks, was extended up to June 30, 2021 to reduce the cost of doing business for the products.

The decision was taken as the ICD-bound containers loaded with 38 types of goods had not been shifted to the ICDs on time, it said.

The customs house has requested the Chittagong port to take the necessary steps in this connection.

The products are considered to be low-risk items as import of the products is mostly duty free or contains low rates of duty.

Earlier on March 31, the Chittagong Customs Clearing and Forwarding Agents Association in a letter to the customs house demanded extension of the facility.

CCCFAA general secretary Md Altaf Hossain Chowdhury Bachchu on Friday told New Age that the importers had to spend extra time and money to take delivery of the products from the off-docks.

The importers can have their products released from the port on the same day they are offloaded from ships, he said.

Therefore, availability of both options helps in reducing the time and cost of doing business for the importers, he added.

Customs authorities do not have any problem in keeping the options of taking delivery both from the off-docks and the port open until or unless the port authorities raise any objection in this regard or the decision causes congestion at the port, they said.

The Bangladesh Inland Container Depots Association, however, has been demanding cancellation of the dual delivery system and seeking release of more imported goods through the private ICDs so that the sector can utilise its full handling capacity.

The BICDA on December 31, 2020 in a letter to the NBR claimed that half the capacity of the 19 private ICDs of handling imported products has remained under-utilised.

So, the NBR should revoke this dual delivery system for the products and issue the necessary instructions so that these products are released only through the off-docks, the letter said.