What are Turkey and US up to in Afghanistan? 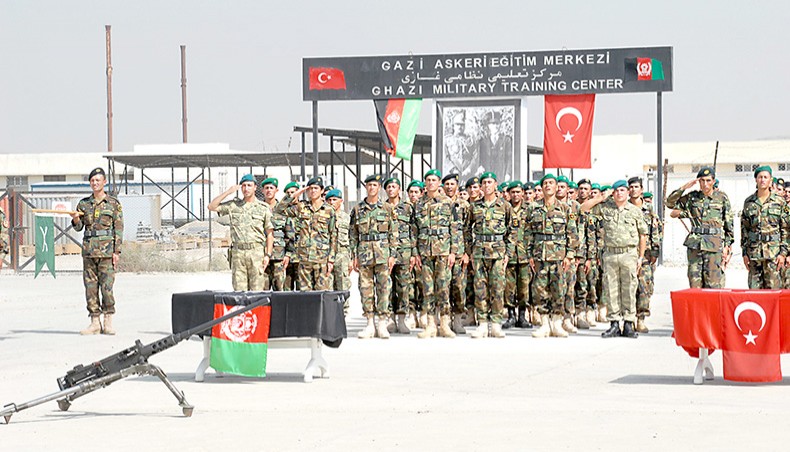 THE zeal with which Washington is soliciting Turkey’s services to plot a way to normalise Afghanistan’s Taliban raises some troubling questions. Acting on Washington’s request, Turkey will be hosting high-level talks on the Afghanistan peace process this April to bring together the Afghan government and the Taliban. Turkey has appointed a special envoy to assume the mediation role.

Turkey is entering the cockpit to navigate the Afghan peace process to a conclusion that meets US objectives. This will have a salutary effect on the fraught Turkish-American relationship. The United States appreciates that Turkey is an influential member of the Organisation of Islamic Cooperation, enjoys historical links with Afghanistan and has a positive image among Afghans. But digging deeper, the unholy US-Turkey alliance in the Syrian conflict creates disquiet.

The Pentagon and the Central Intelligence Agency are reluctant to vacate Afghanistan by the deadline of May 1. Turkey will be overseeing an open-ended US-NATO presence. The US hopes to retain a strong intelligence presence backed by special operations forces. A recent report from the CNN disclosed that ‘CIA, which has had a significant say in US decision-making in Afghanistan, has “staked out some clear positions” during recent deliberations, arguing in favour of continuing US involvement.’

The scale of CIA activities in Afghanistan are not in the public domain — especially, whether its regional mandate extends beyond the borders of Afghanistan. The CNN report cited above lifted the veil on ‘one of the most heavily guarded bases’ of the CIA — Forward Operating Base Chapman, ‘a classified US military installation in eastern Afghanistan.’

Suffice to say, given the presence of ISIS fighters (including those transferred from Syria to Afghanistan — allegedly in US aircraft, according to Russia and Iran) — the nexus between the Taliban and al-Qaeda, and above all, the presence of Uyghur, Central Asian and Chechen terrorists, Turkey’s induction as the US’s buddy in Afghanistan is indeed worrisome for regional states. Turkey has transferred jihadi fighters from Idlib to Libya and Nagorno-Karabakh to fight hybrid wars.

Significantly, Turkey has abruptly shifted its stance on the Uyghur issue after years of passivity and hyped it up as a diplomatic issue between Ankara and Beijing. China’s ambassador to Ankara was summoned to Turkey’s foreign ministry last Tuesday.

On the other hand, a perceptible ‘thaw’ in US-Turkey relations is under way. During the recent NATO ministerial in Brussels, US secretary of state Antony Blinken underscored, ‘I believe having Turkey in NATO is particularly for the benefit of us.’ Clearly, any American overtures to Turkey will be in need of a powerful success story. That is where Turkey’s mediatory role in Afghanistan and a potential role in post-settlement Afghanistan become templates of Washington’s dual containment strategy towards Russia and China.

Turkey has staked claims for the mantle of leadership of the Turkic world stretching from the Black Sea to the steppes of Central Asia and Xinjiang. Simply put, Turkish role in Afghanistan and Central Asia will challenge its relationship with Russia, which is already under strain in Libya, Syria, Caucasus and potentially in the Black Sea and the Balkans. In a phone conversation on April 9, Russian president Vladimir Putin cautioned Turkish president Recep Erdogan about ‘the importance of preserving the 1936 Montreux Convention Regarding the Regime of the Straits with a view to ensuring regional stability and security.’ The Montreux convention regulates the passage of naval warships through the Bosporous.

Equally, the US hopes to keep Iran off balance regionally by encouraging Turkish revanchism. The Turkish-Iranian rivalry is already palpable in Iraq where Washington hopes to establish the North Atlantic Treaty Organisation as a provider of security. Serious rifts between Ankara and Tehran appear also over Nagorno-Karabakh. Thus, Afghanistan’s future figured prominently in the discussions during Iranian foreign minister Mohammed Zarif’s recent six-day regional tour of Central Asian capitals.

China and Russia are vigilant about US intentions in Afghanistan. And both have problematic relations with Erdogan. Turkey’s ascendance in the Afghan-Central Asian landscape cannot be to their comfort. During his recent visit to Tehran, China’s state councilor and foreign minister Wang Yi voiced support for Iran’s membership of the Shanghai Cooperation Organisation. The Russian foreign minister Sergey Lavrov was due to visit Tehran on April 14.

Overall, these geopolitical realignments are taking place as the United States intensifies its suppression of China and Russia. But, for Turkey, the intervention in Syria has proved profitable. The Turkish-controlled territories of northern Syria consist of a 8,835 square kilometre area already and Ankara has no intentions to vacate its occupation.

Turkey will no doubt look for similar gains. For a start, regaining primacy in the western alliance system as the US’s irreplaceable partner and as Europe’s interlocutor with Muslim Middle East has always been a Turkish dream. A clincher will be whether Washington can prevail upon the European Union to grant some special dispensation for Turkey — ‘associate membership’ is one possibility.

For the EU, too, Turkey becomes a key partner if the NATO is to consolidate in the Black Sea and encircle Russia in its backyard. Turkey has already positioned itself as a provider of security for the anti-Russian regime in Ukraine. Ukraine president Volodymyr Zelensky visited Erdogan last Saturday against the backdrop of rising tensions with Russia.

Turkish officials are cautiously optimistic about recent high-level efforts to improve dialogue between Ankara and Brussels. The European actors are coordinating with Washington. The EU commission president Ursula von der Leyen and European council president Charles Michel’s visit to Ankara last Wednesday can be seen as a significant initial effort to improve relations with Turkey. As one Turkish commentator put it, the ‘olive branch’ given by the EU leaders to Erdogan has ‘five main leaves’:

— Handling and updating the problems related to the Customs Union

— Commitment to continue the flow of funds for refugees in Turkey

— Adding momentum to the relations with Turkey on key cooperation areas

All in all, Turkey is being ‘incentivised’ to get back into the western fold and play its due role as a NATO power. Today, Turkey is probably the only ally regionally and internationally that Washington can lean on to wean Pakistan away from the orbit of influence of China and Russia, which truly makes Turkey an indispensable partner for the US and NATO in a Taliban-ruled Afghanistan.

Indeed, Russia and Turkey have been historically rivals in Afghanistan. Turkey has deep-rooted centuries-old pan-Islamic ties with Afghanistan that by far predate Pakistan’s creation in 1947. How far Pakistan will be willing to play a subaltern role in future Afghanistan remains to be seen. But then, all this must be having Russia worried in regard of the security and stability of its Central Asian backyard and North Caucasia. Foreign minister Sergey Lavrov’s visit to Islamabad last week was the first such ministerial since 2012.

Fundamentally, the contradictions in US-Turkey relations will not simply wither away — the US’s alliance with Kurds in Syria; US opposition to Turkey’s intervention in Libya; Erdogan’s abysmal human rights record; discord over Turkey’s S-400 missile deal with Russia and so on. But the two Cold War allies are also used to finessing contradictions whenever opportunities came their way to work together to mutual benefit.

Without doubt, in the power dynamic of the highly strategic regions surrounding Afghanistan, the two countries can look forward to a ‘win-win’ cooperation.