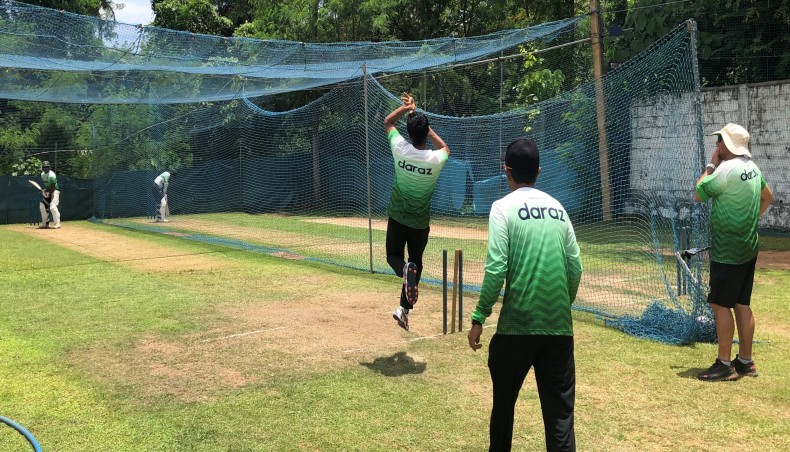 Bangladesh all-rounder Mehidy Hasan is seeking inspiration from the Tiger’s previous success against Sri Lanka in Tests before both nations once again lock horns in the island nation.

Bangladesh arrived in Sri Lanka to play two Test matches of the World Test Championship against the hosts, a series which was deferred twice last year due to the COVID-19 situation.

Ahead of the Test series, which will start from April 21 at the Pallekele International Stadium, the Tigers will play an intra-squad two-day match at Katunayake starting from today, where Test skipper Mominul Haque-led side will face off against the one-day international captain Tamim Iqbal-led team.

The Tigers’ current form in Tests has been well below par, as they got clean swept by a second string West Indies team at home in February and are yet to register any points in the World Test Championship despite playing five matches.

But Mehidy, who scored his first international ton in the previous Test series, is drawing inspiration from the national team’s last Test match in Sri Lanka in March 2017, which was Bangladesh’s 100th Test match, where the Tigers defeated the hosts by four wickets.

‘When we won the 100th Test match, we were very happy. That was the first time we won against Sri Lanka at their home soil [in Tests]. That time, every member of the team had made a promise to themselves that everyone will play better. Anyhow, we have to win; that was the spirit,’ Mehidy said in a video message on Friday.

Mehidy wants to see the same kind of enthusiasm from his teammates in this series.

‘When we had the team meeting, everyone was very committed to win and vowed to give their 100% on the field. When the game started, every cricketer’s body language and attitude showed their hunger for victory.

‘We all felt that everybody has to do something. The five days were full of ups and downs but after finally winning the Test we felt very happy,’ Mehidy said from Katunayake.

Mehidy also pointed out a number of series in Sri Lanka recently, where Bangladesh was close to winning a trophy, but overlooked Bangladesh’ previous trip to the island nation, where they lost a one-day international series 0-3 against the hosts in July 2019.

‘Whenever we played in Sri Lanka previously, we played good cricket. We nearly missed the chance of lifting the Nidahas trophy, in the [second] last tour the one-day series was levelled 1-1, same goes with the Test series as both the teams won one each,’ he said.

Bangladesh is yet to declare the final team for the Test series against Sri Lanka and the selectors have earlier said that they will announce the final squad after observing the practice game.