Stokes out for up to 12 weeks with broken finger 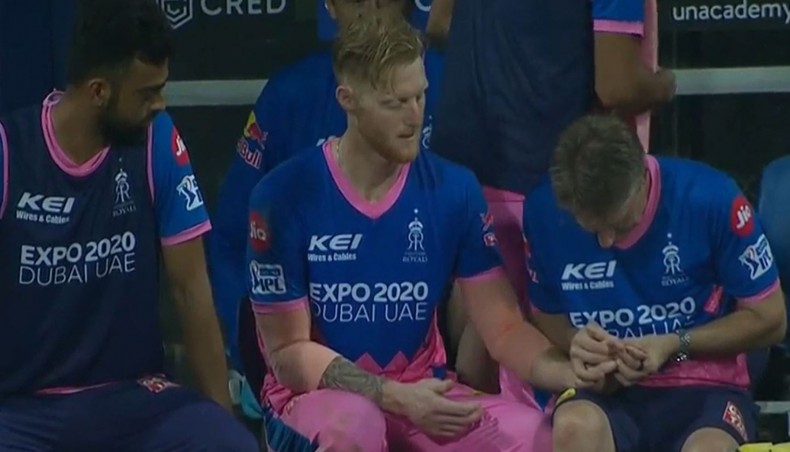 England all-rounder Ben Stokes will be sidelined for up to 12 weeks after fracturing a finger while on Indian Premier League duty, cricket chiefs announced on Friday.

‘England all-rounder Ben Stokes will be out for up to 12 weeks after a repeat X-ray and CT scan on Thursday revealed that he has a fracture of his left index finger,’ an England and Wales Cricket Board statement read.

‘Stokes, who is currently in India with Rajasthan Royals in the Indian Premier League, will fly home tomorrow. He will have surgery in Leeds on Monday.

‘The injury occurred while fielding during Royals' opening match against Punjab Kings on Monday when he completed a catch in the deep to see off West Indies batsman Chris Gayle.’

He could be back for the white-ball assignments against Pakistan in July and the five Tests against India that start the following month.

The Royals said earlier in the week that Stokes would be ruled out of the remainder of the IPL season.

‘Everyone at Rajasthan Royals absolutely admires Ben for being such a huge asset and a valuable member of the Royals family, both on and off the field, and wishes him a speedy recovery,’ the team said.

Stokes, 29, was this week named Wisden's leading cricketer in the world for the second year in a row, becoming the first England cricketer to win the award twice.