US banks ride a strengthening economy to blowout Q1 profits 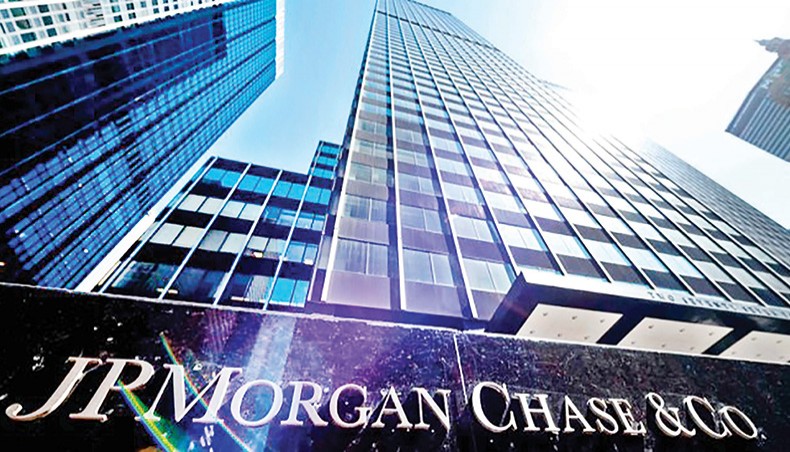 A file photo shows the JPMorgan Chase headquarters in New York. Profits soared in the first quarter at three US banking giants thanks to an improving macroeconomic backdrop that has reduced the need to set aside funds for bad loans. — AFP photo

Profits soared in the first quarter at three US banking giants thanks to an improving macroeconomic backdrop that has reduced the need to set aside funds for bad loans.

JPMorgan Chase, Goldman Sachs and Wells Fargo each notched earnings at least four times higher than the same three-month period of 2020, boosted in part by releasing funds that had been held in reserve in anticipation of a big pandemic downturn.

JPMorgan and Goldman Sachs also had a blowout quarter in Wall Street trading and due to deals connected to companies going public.

Bank CEOs offered a heady outlook on the expected boom-like conditions in the coming months, but cautioned that there were challenges ahead as pent-up demand for goods, services and experiences drives activity.

‘We think we’re going to have very robust economic growth in the second half of 2021 and into 2022,’ Goldman Sachs chief executive David Solomon said on a conference call with analysts.

The downside of that scenario is the chance for a big jump in inflation that prompts aggressive moves by the Federal Reserve to tighten monetary supply, Solomon said.

That outcome is ‘not obvious in the near-term,’ Solomon said. ‘But it’s a risk issue markets will have to continue to watch.’

At JPMorgan Chase, earnings came in at $14.3 billion, about five times the level from the prior year. The result included $5.2 billion from releases of funds set aside earlier in the pandemic due to fears of bad loans.

JPMorgan, the largest US bank by assets, turned in an especially strong performance in corporate and investment banking, thanks to gains in advisory fees and a big increase in commissions tied to trading in financial markets.

In consumer banking, JPMorgan pointed to a return in consumer spending to prepandemic levels. Home lending originations were strong, but the bank expects this area to cool with higher interest rates.

But JPMorgan executives acknowledged anaemic activity in many areas of lending, attributing the trend to a flood of government support programmes that have lessened the need for households and businesses to turn to banks.

‘What happened is the consumer has so much money, they’re paying down their credit card loan, which is good,’ JPMorgan chief executive Jamie Dimon said on a conference call with reporters.

‘That’s not the same as when the economy’s weak on the business side.’

Dimon said that companies had also taken advantage of loose monetary conditions to build excess cash on their balance sheet.

‘This is not bad news about loan demand,’ Dimon said. ‘This is actually good news.’

At Goldman, profits jumped to $6.8 billion, more than five times the earnings in the year-ago period, while revenues more than doubled to $17.7 billion — both setting quarterly records.

The results included a boost of $70 million in reduced provisions for credit losses.

Goldman cited robust public stock offerings and a heavy slate of merger and acquisition activity as drivers of the strong performance in investment banking.

The New York bank garnered a 47 per cent rise in global markets revenues from the year-ago period to $7.6 billion, the highest since 2010.

At Wells Fargo, which has a much smaller investment banking business compared with JPMorgan and Goldman, profits soared to $4.7 billion, more than seven times the level a year ago. Revenues rose 2.0 per cent to $18.1 billion.

Wells Fargo chief executive Charlie Scharf said that the improving economy enabled the bank to suffer historically low charge-offs, although ‘low interest rates and tepid loan demand continued to be a headwind for us in the quarter’, he said in a news release.