'We love this competition' - Klopp focused on return 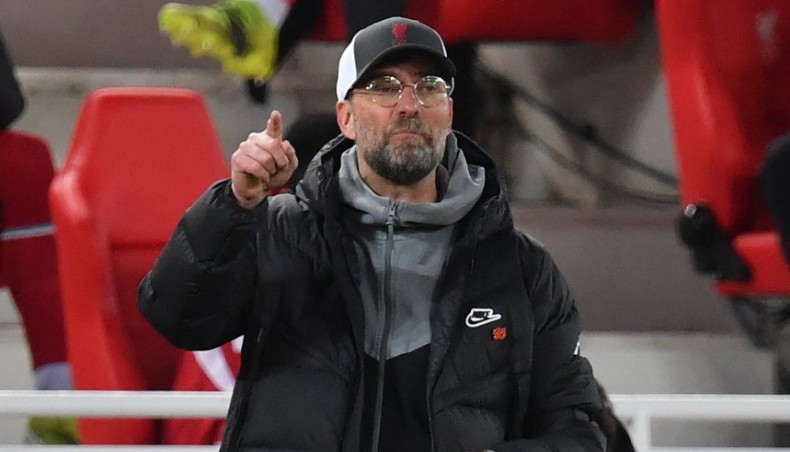 Liverpool manager Jurgen Klopp admitted his side have to quickly bounce back from the disappointment of Champions League elimination at the hands of Real Madrid to ensure they do not miss out on the competition next season.

Despite enjoying a host of chances, Liverpool fluffed their lines in front of goal as Madrid held onto their 3-1 first leg lead in a 0-0 draw in the second leg of the quarter-final at Anfield on Wednesday.

The English champions are sixth in the Premier League with just seven games to go, three points adrift of the top four place which guarantees a spot in Europe's premier club competition.

Liverpool have qualified for the Champions League for the last four seasons, twice reaching the final under Klopp.

After also losing 3-1 to Madrid in the 2018 final, the Reds beat Tottenham to lift the trophy in the Spanish capital in 2019.

However, after also ending a 30-year wait to be crowned English champions, Liverpool have suffered a drastic dip in form.

Missing out on Champions League football would not only be a blow to Liverpool's prestige, but also have financial ramifications for Klopp's ability to revamp his squad in the summer transfer market.

‘We have to (bounce back). We love this competition and for different reasons it is very important for the club,’ said Klopp.

‘It doesn't make it now easier, these two or three games would've fitted easily in our schedule, but now we can concentrate on the Premier League.

‘Monday night, Leeds, is the next challenge. We have to run and work our socks off. That is what we try to prepare now.’

Liverpool have now won just one of their last eight games at Anfield as a previously impressive home record has crumbled in a season behind closed doors due to coronavirus restrictions.

However, they have won three consecutive Premier League games for the first time since their opening three matches of the season.

And James Milner is hopeful his side are turning a corner despite failing to make the most of their dominance of the second leg against Madrid.

‘You can't not take the chances we did tonight,’ said the veteran midfielder.

‘We had more than enough chances to do what we needed to do and we didn't take them.

‘The positive is that we are creating them. We've done enough tonight to go through, we were obviously the better team and we did enough to win the game.

‘The most important thing is we replicate this form and those sort of performances.’