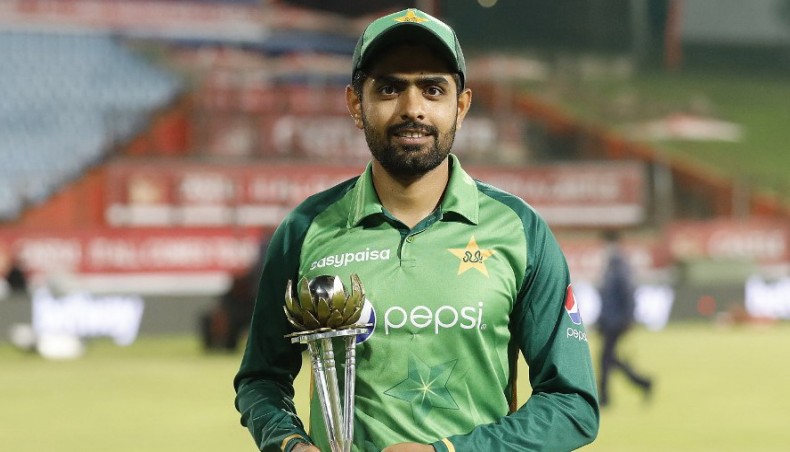 The 26-year-old becomes the fourth Pakistani batsmen to get the top spot in ODIs and the first since Mohammad Yousuf in 2003.

‘Pakistan captain Azam has ended Kohli's long reign at the top of the ICC Men's ODI player rankings,’ the ICC said in a statement from its Dubai headquarters.

In Tests, Azam's best position was fifth and he is currently ranked sixth, while in T20Is he has previously been number one and now ranks third, the ICC added.

‘This is another milestone in my career,’ Azam was quoted as saying by the Pakistan Cricket Board.

He committed to working harder and achieving consistency with the bat so he could ‘hold on to the ranking for an extended period of time’.

‘I will savour the moment, as it has come after I was first appointed the white-ball captain, and that too on the back of my performances that helped Pakistan become the first Asian side to win two ODI series in South Africa.’

Since making his ODI debut in 2015, Azam has progressed rapidly, scoring three hundreds in succesive ODIs against the West Indies in 2016.

He was fastest to 13 ODI centuries, which he made against South Africa earlier this month.

With his prolific scoring, Pakistan appointed him skipper for all three formats -- Tests in 2019 and white ball cricket last year.