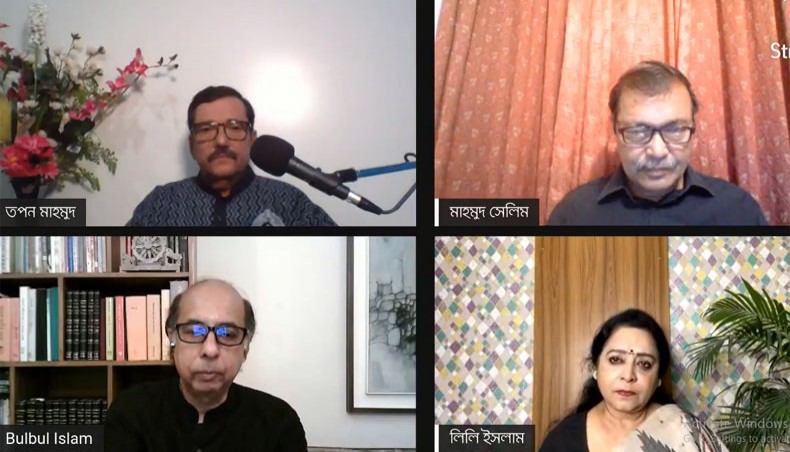 Bangladesh Sangeet Sangathan Samannay Parishad arranges an online programme to commemorate the life and work of Mita Haque on Monday.

The programme featured rendition of Tagore songs and a discussion on the life and work of Mita Haque, who passed away on April 11.

She said, ‘Mita Haque dedicated her life to promoting Tagore songs.  She was a good human being. She always helped others by providing tips to improve their singing. Her death has left a huge void in country’s music scene.’

He said, ‘Mita Haque and I learnt music under Tagore exponent Wahidul Haque. She won the hearts of music lovers rendering Tagore and Pancha Kabi’s songs. She will live on through her works.’

He said, ‘Mita Haque made significant contribution in popularising Tagore song among the mass people. Steps should be taken to promote her work among the young generation.’

Biswajit Roy said, ‘We organised today’s programme to pay tribute to Mita Haque, who was the founding convener of Bangladesh Sangeet Sangathan Samannay Parishad. She was a leading Tagore artiste of our country. Her death has left a huge void in our music scene. I urge all to listen to her songs. The younger generation should follow in her footsteps.’