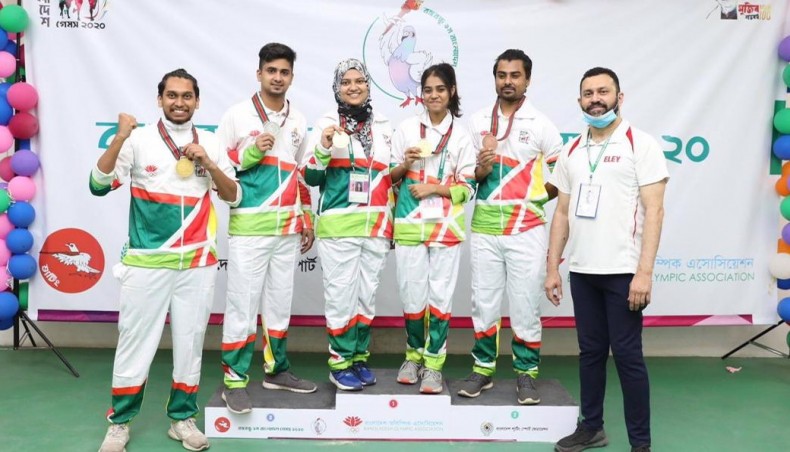 Students of the American International University Bangladesh, who won medals in the 9th Bangabandhu Bangladesh Games, pose with their respective medals.— Courtesy photo

Students of the American International University Bangladesh have made their mark in the just concluded 9th Bangabandhu Bangladesh Games by clinching nine medals.

They triumphed in various categories in shooting, Judo, Karate and Rugby. The majority of the medals came from shooting.

From the Faculty of Business Administration, four students acquired noteworthy positions in the games. Adrina Ferdous won the gold in the Women’s 25metre Sports Pistol as well as bronze medal in the 10 Air Pistol categories.