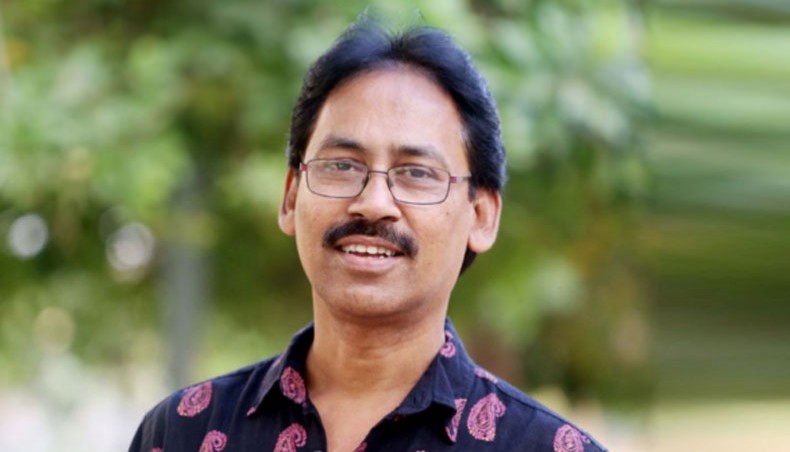 National Film Award-winning music director and composer Farid Ahmed died of COVID-19 at Square Hospital in Dhaka on Tuesday at 9:10 am. He was 61.

He is survived by his widow and two daughters.

Farid Ahmed developed symptoms for COVID-19 in March. He was admitted to the Bangabandhu Sheikh Mujib Medical University on March 25. Following which, his swab samples were collected and he tested positive for COVID-19.

‘He was suffering from kidney disease and diabetes-related complications. Besides, his lung was severely damaged after he contracted COVID-19,’ Leeana Farid, daughter of Farid Ahmed, told New Age.

‘As his condition deteriorated, he was shifted to the Intensive Care Unit of Square Hospital and put on life support on April 11,’ she added.

Farid Ahmed’s namaz-e-janaza was held at Dhanmondi Law College field after Asr prayers on Tuesday. He was laid to rest at the Martyred Intellectuals Graveyard in Rayer Bazaar in the capital.

Farid Ahmed was born on October 3, 1960. He won National Film Award as music director for the film Tumi Robe Nirobe in 2017.

He served as the general secretary of Resh Foundation, an organisation that has been working for the wellbeing of musicians in Bangladesh.