Pochettino pleads for time but he might not need it 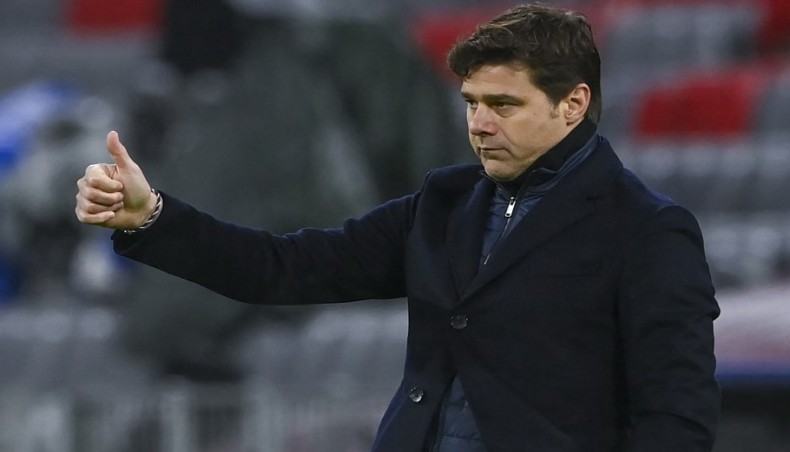 Mauricio Pochettino has repeatedly said he needs time to put his mark on Paris Saint-Germain and it was always going to be a case of getting through the first few months unscathed.

The Argentine was hired as the man to win the Champions League for the Qatar-owned club after predecessor Thomas Tuchel took them to last season's final only to lose to Bayern Munich.

Three months on from his appointment on an initial 18-month deal and he remains on course to deliver European success, possibly at the cost of missing out on the Ligue 1 title, something taken for granted in Paris.

The former Tottenham Hotspur boss has overseen two stunning away wins in the Champions League, 4-1 at Barcelona and 3-2 at Bayern last week in their quarter-final first leg.

After ousting the Catalans 5-2 on aggregate in the last 16, PSG are therefore well placed to eliminate the holders and progress to the semi-finals when they host Bayern in Tuesday's return. Manchester City could lie in wait in the last four.

‘It was important to beat Barcelona but on Tuesday we will be playing the team that I think is the best in the world,’ Pochettino told Canal Plus on Saturday in a way of stressing that the job is not done.

But what kind of job has the 49-year-old done so far at PSG and is he justifying the decision to sack Tuchel?

On the one hand the away results in Europe have been stunning, on the other hand they were fortunate not to be torn apart by Barcelona in the home leg.

Their form in Ligue 1 has sometimes been poor given PSG's resources, which go beyond the simple fact of possessing the two most expensive players in the world in Neymar and Kylian Mbappe.

Four defeats in 15 league games does not compare favourably to four losses in 17 under Tuchel earlier in the season.

They are three points behind leaders Lille with six games remaining, and the prospect of them failing to win the title for just the second time in nine seasons is real.

A PSG coach will ultimately be judged on results in Europe, if only because domestic success is supposedly a given.

Then again, the last time PSG changed coach midway through the season was in 2011-12, when Carlo Ancelotti replaced Antoine Kombouare and his team finished second to Montpellier.

‘It's normal that after three months we might have some inconsistency because consistency comes over a whole season,’ Pochettino said last week.

‘Maybe what I say can be considered an excuse but the reality is that any management team needs time to work and get its ideas across and for us we haven't had that time yet.

‘We are trying to optimise what we have and get the best possible results until the end of the season.’

PSG have been devastating away from home, where they can best harvest the searing pace of Mbappe on the break.

They have won their last nine away games, scoring 26 goals in the process.

Mbappe has scored stunning goals in big matches in Marseille and Lyon, bagged a hat-trick in Barcelona and claimed a brace in Munich.

In contrast the Parisians have lost their last three home league matches, their worst run since 2007. Neymar, meanwhile, has often been injured, or suspended.

It has not always been convincing, but if PSG can hold off Bayern then Pochettino will be a step closer to delivering the trophy the Qataris really want less than six months after arriving, and it might turn out he doesn't need that time after all.