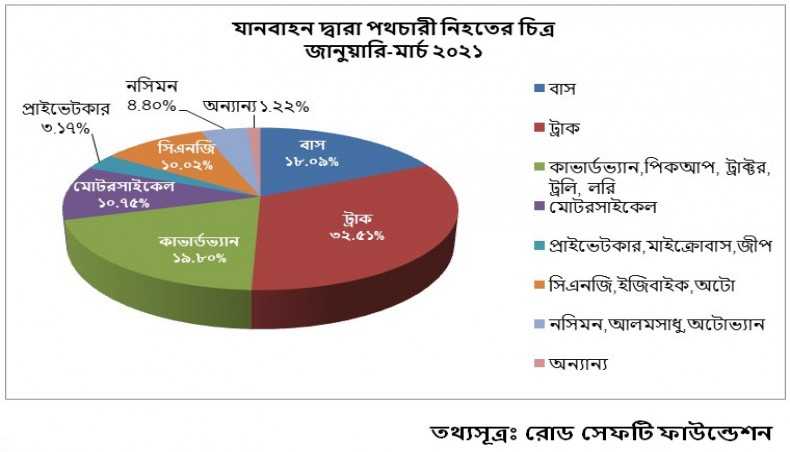 At least 409 pedestrians were killed in 398 road accidents in first three months of this year, said a report of Road Safety Foundation published on Monday.

The major portion of the accidents, 53.51 per cent, was occurred when pedestrians were walking and the rest occurred when they were trying to cross the roads, said the report.

The report was prepared on the basis of news coverage of accidents published in seven national daily newspapers, five online news portals and television channels, said a press release of the organisation on Monday.

Among the victims 246 were men, 97 were children and 66 were women, the report said.

Of the victims, 55 per cent were killed after vehicles crushed them under the wheels followed by 44.97 per cent incidents of hitting the pedestrians to death.

The foundation recommended implementing the Road Transport Act 2018, bring all locally made vehicles under registration, training for drivers, freeing footpaths from grabbers and hawkers and conduct awareness campaign.