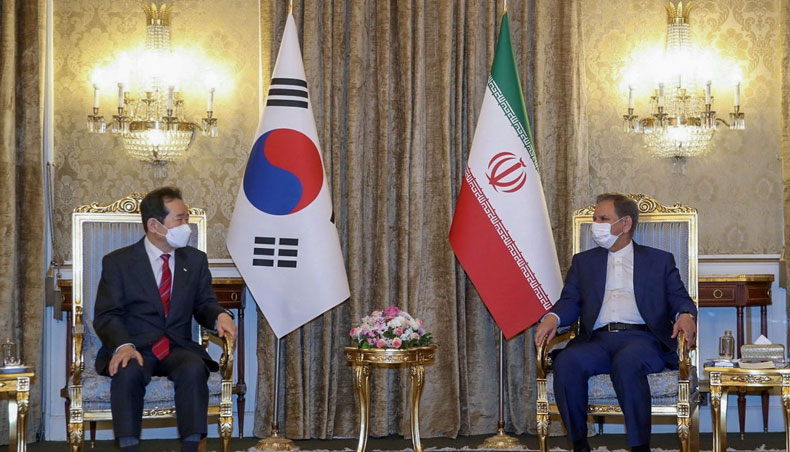 Tehran urged Seoul on Sunday to release billions of dollars of Iranian funds frozen in South Korea under US sanctions over its nuclear programme, during a visit by the South Korean prime minister.

Chung’s visit comes after Iran on Friday released a South Korean-flagged tanker it had seized three months ago as Tehran pressed Seoul to unblock billions in frozen oil funds.

Iran had accused South Korea of holding ‘hostage’ $7 billion of its funds, but Tehran has repeatedly denied that the seizure of the vessel was linked to the issue.

Iran was a key oil supplier to resource-poor South Korea until Seoul stopped its purchases after a US decision in 2018, under then-president Donald Trump, to unilaterally exit the Iran nuclear deal and re-impose crushing sanctions.

New US president Joe Biden has signalled his readiness to revive the accord and negotiations are underway in Vienna between Iran and the other state parties to the 2015 deal — Germany, China, France, Britain and Russia — to salvage the accord and lift sanctions on the Islamic republic.