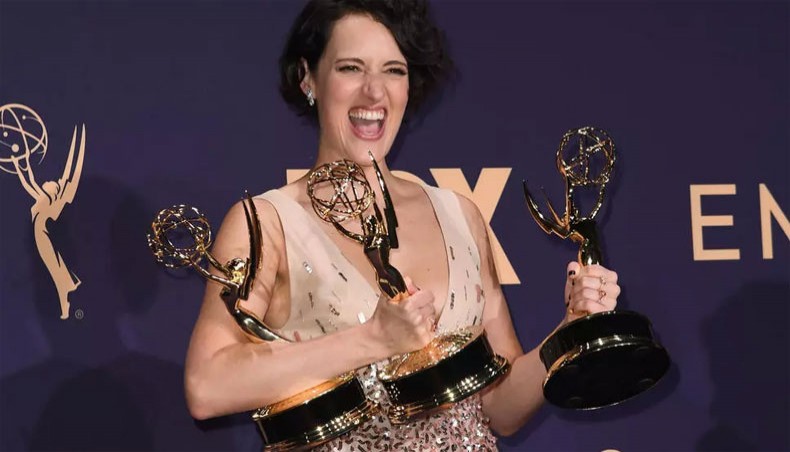 ‘Fleabag’ actor and creator Phoebe Waller-Bridge will star alongside Harrison Ford in the new ‘Indiana Jones’ movie due to hit screens next summer, Lucasfilm said Friday.

The series’ fifth installment, to be directed by James Mangold (‘Ford v Ferrari’) has been billed as 78-year-old Ford’s final film as the hero archaeologist.

The ‘new adventure’ will feature a ‘dream team of all-time great filmmakers’ including producers Steven Spielberg -- who was initially due to direct -- and Kathleen Kennedy, said Mangold in a statement to AFP.

‘When you add Phoebe, a dazzling actor, brilliant creative voice and the chemistry she will undoubtedly bring to our set, I can’t help but feel as lucky as Indiana Jones himself,’ Mangold added.

The casting caps a remarkable rise for British actor and writer Waller-Bridge, 35, who won multiple Emmys for ‘Fleabag,’ the smash-hit TV adaptation of her one-woman show about a disillusioned young singleton in London.

She has worked previously with Lucasfilm, playing acerbic droid L3-37 in ‘Solo: A Star Wars Story’ (2018).

The fifth Indiana Jones film has been in production for years, with Lucasfilm parent company Disney confirming Ford’s return at an investor day in December.

Ford first picked up the adventurer’s signature hat and whip in 1981’s ‘Raiders of the Lost Ark’ -- just a few years after achieving global fame as Han Solo in the original ‘Star Wars’ film.

Nearly 20 years would pass before Ford starred in the fourth film, ‘Indiana Jones and the Kingdom of the Crystal Skull,’ which had box office success but was critically panned.

Legendary composer John Williams, who created Indy’s famous theme, will return to score the fifth film, which is due in July 2022.