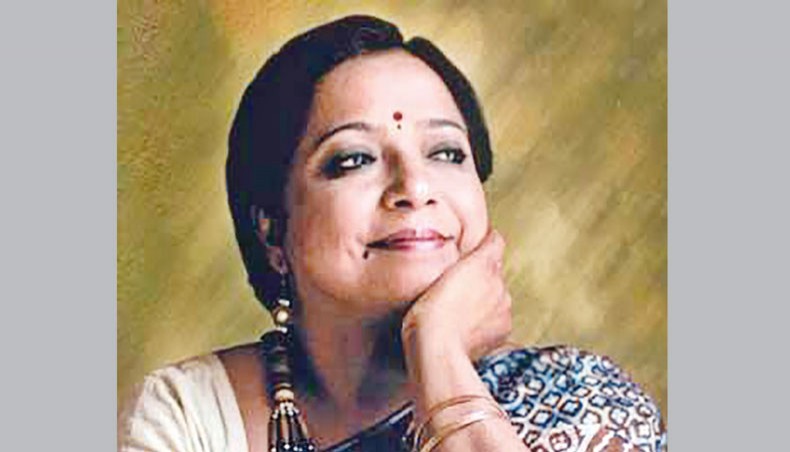 Ekushey Padak-winning Tagore singer Mita Haque died at a hospital in the capital on Sunday morning. She was 59.

Leading singers of the country expressed deep shock at the death of Mita Haque. They shared their memories of Mita Haque and recalled her contribution to Tagore song.

Independence Award-winning Tagore song exponent Rezwana Choudhury Bannya said, ‘Mita Haque was a close friend of mine. She made a huge contribution in promoting Tagore song. She received music lessons from her uncle, renowned Tagore researcher Wahidul Haque. She always inspired the younger generations for pursuing Tagore song. She participated in different social and cultural movements. Her death has left a huge void in country’s music industry.’

Eminent Tagore song singer Adity Mohsin said, ‘Mita Haque won hearts of hundreds with her voice. She was a secular person who always gave priority to humanity over any other beliefs. I had known her for many years. She always helped me by providing tips to improve my singing. We performed together in many programmes at both home and abroad. We always performed at Chhayanaut’s programme at Ramna Batamul marking Pahela Baishakh. We also performed at my 20-year-music-journey celebration programme in 2019,’ added Adity Mohsin.

Renowned Tagore song singer Lily Islam said, ‘I have lots of memories with Mita Haque. She was senior to me. I first met her at a music event held at Bishwa Sahitya Kendra and we immediately became good friends. She was the founder of music organisation Surathirtha, which works to promote Tagore songs among the younger generation,’ Lily Islam added.

Jatiya Rabindra Sangeet Sammelan Parishad general secretary Bulbul Islam said, ‘Mita Haque was the vice-president of our organisation. I had known her for 40 years. We together learnt music under Tagore exponent Wahidul Haque. She had conducted many workshops on Tagore and Pancha Kabi’s songs across the country and raised her voice against different social injustices. We used to help each other a lot.’