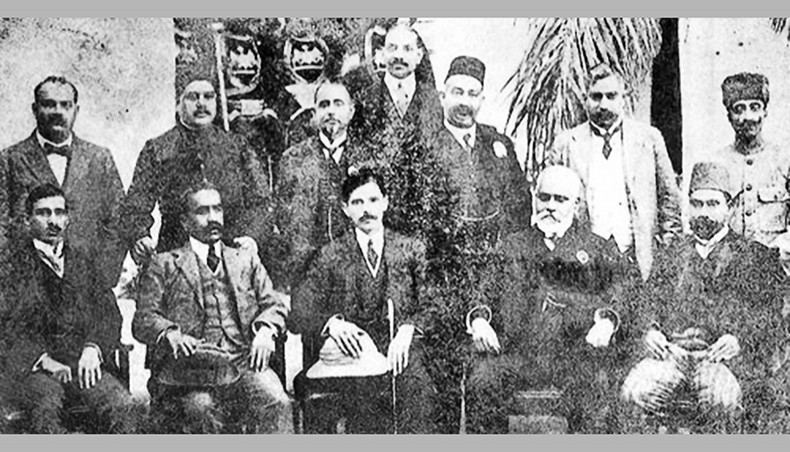 Mohammed Ali Jinnah and others at the time of the Lucknow Pact. — Wikipedia

IS THERE any country in the free world that compels its politicians in the opposition to sign a bond for ‘good behaviour’ before a magistrate with sureties and a named amount, and guarantees of good behaviour — threatening them with prison if they don’t comply?

Developing countries have turned the imitation of repressive laws of their colonial masters into something of an art. Inevitably, on their independence, the old laws continued to be in force; subject to new fundamental rights. Our new rulers grabbed the old laws and began (mis)using them against their new ‘masters’ — the people who voted them to power. The judiciary was not very assertive. Preventive detention laws are a good instance. But the last instance is the Criminal Procedure Code. Several codes were enacted. The Code of 1898 was in force till independence and beyond. India amended it in 1973 but ensured that the repressive elements endured — the sanction of the government to prosecute its own minister or official in authority sitting as judge in its own case.

The code enables banning of books. There is Chapter VIII. It provides for ‘Security for Keeping the Peace and Good Behaviour’. Even in olden times the language clearly pertained to persons of ill repute or ‘history sheeters’ as they are called; in short, goondas. The chapter extends from Section 106 to Section 124.

Consider the scheme as a whole and you will find it has no application to political opponents. The British abused it for political ends sparingly. Restraint does not come easily to New Delhi.

The only change after independence was the separation of the executive from the judiciary. The magistracy was divided into executive magistrates and judicial magistrates. Proper understanding is vital. To begin with, Section 106 provides for ‘security for keeping the peace’ on conviction of an offence like criminal intimidation and assault, in sum, plain goondagiri. Judicial magistrates make such an order. But Section 107 empowers executive magistrates to order execution of a bond if he ‘receives information that any person is likely to commit a breach of the peace or disturb the public tranquillity or do any wrongful act’ that may be disruptive. The suspect is made to sign a bond for good behaviour. This, the courts have held, is a judicial proceeding. The section applies to persons distributing material which is likely to disturb the peace because it is seditious or communal. Section 109 applies to suspects who go into hiding. Section 110 applies to habitual offenders. The entire scheme of the chapter reveals that its object is not to control the politicians.

However, a complaint was filed in Pune against Bal Gangadhar Tilak under Section 108 of the Criminal Procedure Code for disseminating ‘seditious matter’. Tilak was defended throughout from the magistrate’s court in Poona (August 1916) to the high court (November 1916), by Quaid-i-Azam Mohammad Ali Jinnah. He won in the high court and did an unusual thing for him after judgement was pronounced. He turned around and shook hands with his close friend, Bal Gangadhar Tilak. The full text of his entire proceedings verbatim is reproduced in this writer’s book, Jinnah and Tilak.

In 2019, the government of India invoked these archaic, repressive provisions of a colonial law and put an entire people in bondage by forcing their leaders to sign bonds. Not content with the massive presence of its army and paramilitary in Kashmir since 1989, in 2019, New Delhi made a bonanza of bondage. It knew that the people would revolt if it scrapped Article 370 of the constitution and what little was left of Kashmir’s autonomy. Knowing full well that the people would protest, New Delhi got the leaders to sign bonds under Section 108 of the Criminal Procedure Code as if they were criminals. The leaders were imprisoned. By September 19, 2019, 36 politicians were confined.

On November 5, 2020, the People’s Democratic Party president, Mehbooba Mufti, said that 19 party leaders were asked to sign an affidavit after being detained and released later for taking out a protest rally. ‘India is the world’s largest democracy only on paper now,’ she said.

A People’s Democratic Party spokesman said the affidavit was ‘unacceptable in a democracy’. He said the 19 leaders ‘refused to sign surety bonds which asked them to refrain from taking part in unlawful, anti-national activities’.

The surety bond stated: ‘That we are permanent residents of the J&K UT. That a case under section 107/151 stands against us…. That we will not indulge … in any unlawful, anti-national activities….’

There is no law in the statute books which defines what is ‘anti-national’. This is sheer barbarism.

Dawn.com, April 10. AG Noorani is an author and a lawyer based in Mumbai.