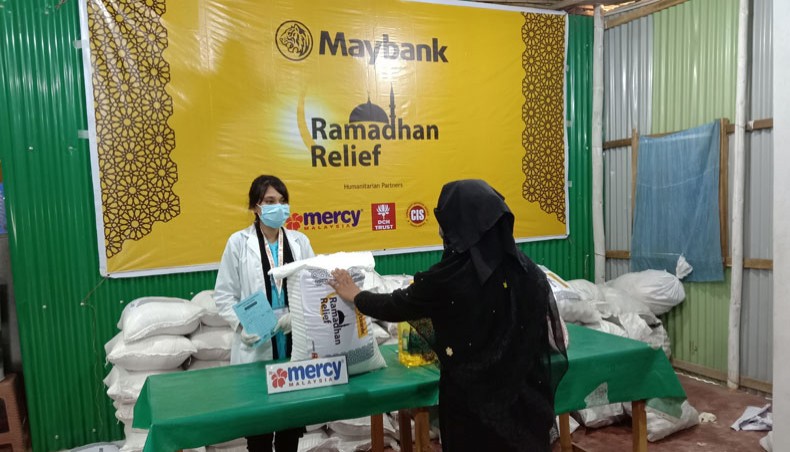 Maybank Islamic contributes food packs to over 5,000 families who are affected by COVID-19 pandemic in 11 countries where the bank operates on Sunday. — Press Release

Maybank Islamic on Sunday contributed food packs to over 5,000 families who are affected by COVID-19 pandemic in 11 countries where the bank operates.

The food distribution is an initiative to alleviate the burdens of the families in the upcoming month of Ramadan, said a release.

Maybank Islamic chief executive officer Dato’ Mohamed Rafique Merican said that the aid would be distributed to individuals or families particularly the B40 income group which included single mothers, people with disabilities, fishermen, farmers and those who have lost their jobs since the start of Movement Control Order.

From its inception in 2013 to date, Maybank Islamic has allocated a fund of over RM14 million for its flagship CR programme which has benefited about 120,000 underprivileged families.