Flick, Salihamidzic can no longer work together: Matthaeus 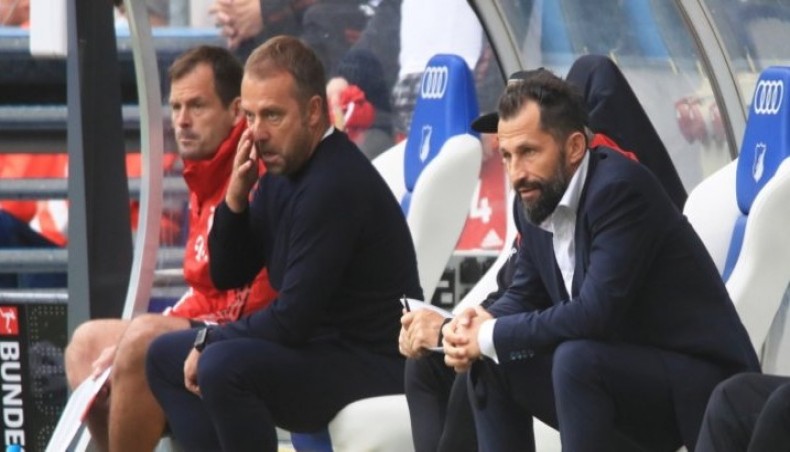 The relationship between Bayern Munich coach Hansi Flick and sports director Hasan Salihamidzic has broken down to such an extent that one may be forced to leave, according to club legends Lothar Matthaeus and Stefan Effenberg.

Holders Bayern face a Champions League exit in the quarter-finals, needing to overturn a 3-2 home defeat to Paris Saint Germain in Tuesday’s return leg, but pressure is also building off the pitch.

Friction between Salihamidzic and Flick, which has brewed all season, has boiled over in the last few days.

Flick refused to answer any questions about the situation before Saturday’s home league game against Union Berlin and former West Germany captain Matthaeus says the situation is untenable.

‘They have different opinions, especially about the squad, and I don’t think that’s fixable anymore, their positions are too far apart,’ said Matthaus, who made 410 appearances for Bayern, in his column for daily Bild.

On Friday, Flick, who is under contract until 2023, criticised some of Salihamidzic’s recruitment decisions, saying the squad were ‘stronger’ last season when they lifted the Champions League.

In the last week the pair have had a clear difference of opinion over Jerome Boateng.

Salihamidzic has confirmed the 32-year-old will not be offered a new deal when his contract expires at the end of the season, but Flick has made it clear he wants to keep the 2014 World Cup winner.

‘One of them has to go,’ former Bayern captain Effenberg told the t-online website.

‘The club is pushing Flick out,’ he added, even though the 56-year-old is ‘the best coach at Bayern’ who won all six titles available in the last 12 months.

Bayern chairman Karl-Heinz Rummenigge has stepped into the feud and demanded the pair bury the hatchet.

‘We all have to stick together and work together harmoniously, fairly and professionally,’ said Rummenigge.

‘That’s what I’m clearly asking of the sports management.’