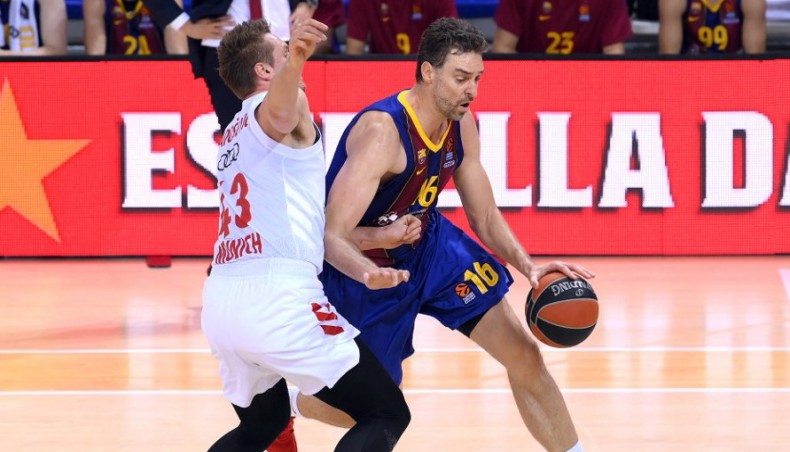 Twenty years after leaving Barcelona for the riches of the NBA, 40-year-old Pau Gasol returned to the Spanish club on Friday, playing in a EuroLeague clash against Bayern Munich.

Gasol, who was an NBA champion with the Los Angeles Lakers in 2009 and 2010, returned to Europe following two frustrating years in the United States where a serious left foot injury kept him sidelined at the Milwaukee Bucks.

On Friday, he ended the game with nine points and four rebounds as the German side ran out 82-72 winners.

‘Pau is doing well, he increases in intensity with each workout, he likes it here and I think that now we are thinking about giving him a few minutes, but we do not yet know how much,’ Barca coach Sarunas Jasikevicius had said on Thursday.

Barcelona were already assured of first place in the table and guaranteed a spot in the quarter-finals.