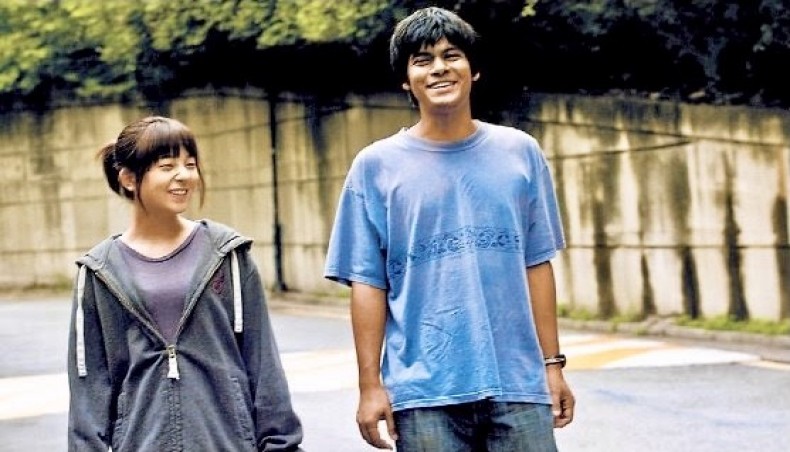 Over the past decade and a half, this migrant worker from Bangladesh has mesmerised the audience in South Korea with his prowess on the screen. Yet Bangladesh-born Korean superstar Mahbub Alam, also known as Mahbub Lee, holds the distinction of being unknown to many in his own land of birth.

For Mahbub, it was a long journey and rarely an easy one. When he migrated to South Korea in 1999 to fund his ailing mother’s treatment in Bangladesh, little did this alumnus of Government Tolaram College in Narayanganj know what lay in store for him.

‘I first came to Korea in 1999 and I worked in a textiles and garment factory, where my job involved pressing film covering onto the fabrics. It was hard work, using a lot of industrial chemicals,’ Mahbub said in an interview with AsiaRights.

‘At first, I wasn’t involved in any activism, but after about three years I started to do voluntary work in the Bangladeshi migrant community, taking up issues like industrial accidents and non-payment of wages. Many migrant workers in Korea work in very small firms, and their bosses sometimes cheat them out of their wages,’ he said.

‘I became secretary of the Bangladesh Mutual Association, which dealt with these sorts of social problems. Then in 2002, the Migrant Workers Trade Union was established. It was organised under the umbrella of the Korean Confederation Trade Union. We started going to rallies, and I became busy in the Union, writing publicity material for them and so on.’

But Mahbub was quick to realise that stories of unjust treatment of garment workers in the South Korean apparel industry must surface in the mainstream media in order to drive a lasting change for them. So, he decided to test his luck at something new—making documentary films on the plight of workers in the Korean garment industry.

The documentary films, aired on several Korean TV channels, attracted attention for their portrayal of human suffering underpinning the garment industry. Around the same time, he    started learning Korean and launched the Migrant Workers’ Television (MWTV) in 2005.

The MWTV organised a film festival in 2006. And within a couple of years, a brown movie star was born in Hallyuwood— the Korean film industry.

Though he began his acting career with a short flick, titled ‘The Road of Revenge’, he achieved stardom in 2008 with his performance in his first feature film ‘Bandhobi’. The Returnee (2009), City of Crane (2010) and Love in Korea (2010) are some of his other popular movies.

Primarily a love story, Bandhobi also highlighted the plight of the migrant workers in South Korean garment factories. The film was screened at a number of film festivals across the globe and appreciated by audiences the world over. The movie features a Bengali song.

Over the years, Mahbub has received a number of awards—the President’s Award of South Korea in 2012, Sejong Culture Award for Cultural Diversity the same year, and Multicultural Activist award from the South Korean Ministry of Culture and CGV Multicultural Film Festival Award in 2010.

Though he has not worked in any Bangladeshi movie yet, he has got a few offers from some of this country’s leading filmmakers over the years.

Mahbub is married to a Korean woman, named Lee Myung. But he has not forgotten his Bangladeshi roots, and his wife is also very supportive of his socio-cultural ventures. He has also penned an autobiography, I am an Earthian (2010).