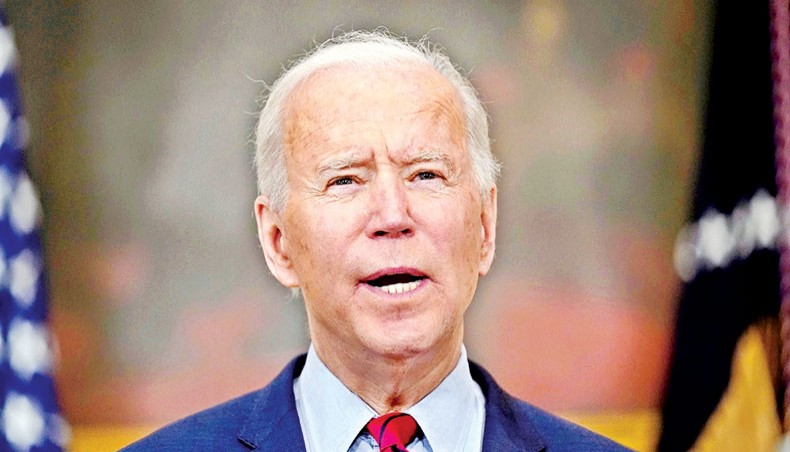 US president Joe Biden on Wednesday restored aid to the Palestinians to a tune of $235 million, drawing a rebuke by ally Israel, as he promised to press for a two-state solution.

In his sharpest break on the conflict yet from the staunchly pro-Israel Donald Trump, Biden said the United States would resume funding for the UN agency for Palestinian refugees that his predecessor had severed.

The State Department said the United States would contribute $150 million to the UN agency and offer $75 million in economic and development assistance for the West Bank and Gaza as well as $10 million for peace building efforts.

In a call with Jordan’s King Abdullah II, a longstanding US ally who recently faced down dissent within the royal family, Biden ‘affirmed that the United States supports a two-state solution to the Israeli-Palestinian conflict,’ a White House statement said.

Secretary of state Antony Blinken said that the US assistance to the Palestinians ‘serves important US interests and values’ as ‘a means to advance towards a negotiated two-state solution.’

‘It provides critical relief to those in great need, fosters economic development and supports Israeli-Palestinian understanding, security coordination and stability,’ Blinken said in a statement.

Israel, which had held off on criticism of Biden in his first months, denounced the assistance to the UN Relief and Works Agency for Palestine Refugees in the Near East, or UNRWA, which provides housing, schools and other care to more than six million Palestinian refugees and their descendants.

‘We believe that this UN agency for so-called ‘refugees’ should not exist in its current format,’ said Gilad Erdan, the Israeli ambassador to the United States.

Israel argues that the education provided by the UN-backed schools includes incitement against the Jewish state.

‘I have expressed my disappointment and objection to the decision to renew UNRWA’s funding without first ensuring that certain reforms, including stopping the incitement and removing anti-Semitic content from its educational curriculum, are carried out,’ Erdan said.

Asked about the Israeli criticism, State Department spokesman Ned Price said that the United States took oversight of UNRWA ‘extraordinarily seriously’ and that it would now have ‘a seat at the table.’

The Israeli anger comes as the United States takes part in indirect, European-led talks in Vienna with Iran on returning to a denuclearization deal which was bitterly opposed by Prime Minister Benjamin Netanyahu.

The Palestinian leadership hoped that the aid would mark the start of a concerted effort by Biden to pressure Israel, including on stopping settlements in the occupied West Bank.

‘We are eagerly awaiting the resumption not only of financial assistance but of political relations with the United States to allow the Palestinian people to achieve their legitimate rights for an independent state with Jerusalem as its capital,’ said Mohammed Shtayyeh, the Palestinian prime minister.

Shortly after Biden’s inauguration in January, the United States said it would restore the Palestine Liberation Organisation’s liaison office that was shut down by Trump.

But Biden has held off on any major peace initiative, with even supporters of a two-state solution expecting near-term chances for a breakthrough to be slim, especially amid turbulence in Israel following its latest election.

Blinken has indicated no change to one of Trump’s signature decisions — recognising Jerusalem as Israel’s capital and moving the US embassy to the hotly disputed holy city.

Trump had ended UNRWA assistance by arguing that the refugees, some of whom have lived in camps for generations, needed to be permanently resettled.

The latest announcement is still well below the $355 million contributed to UNRWA in 2016 by the United States, then its largest contributor.

Price, the State Department spokesman, did not rule out further US contributions but said the United States was encouraging other donors to do more.

The new funding is in addition to $15 million earlier announced by the United States in COVID assistance to the Palestinians amid criticism that Israel, a leader in vaccinating its own people, has not taken similar initiatives in territories under its occupation.

Israel argues that vaccination is the responsibility of the Palestinian Authority.

UNRWA said its needs have been rising due to COVID and the hardships faced by Palestinians living in war-battered Syria, troubled Lebanon and Jordan.