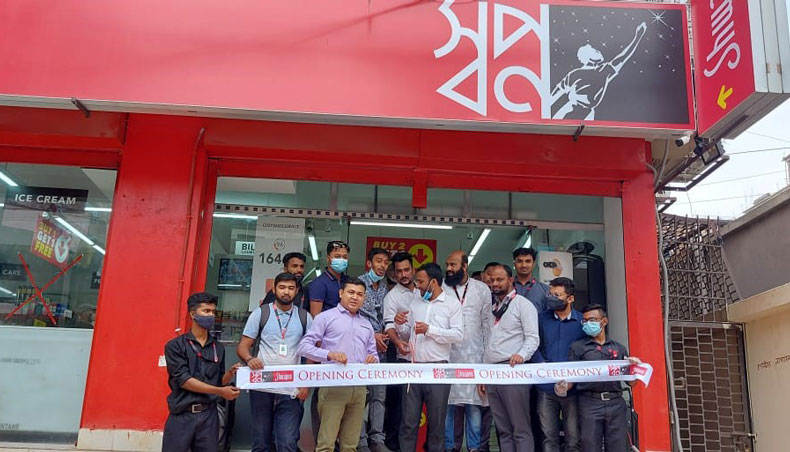 Representatives of Shwapno, among others, inaugurates a new outlet of the retail shop in Dhaka Uddan, Mohammadpur on Thursday. — Press release

A new outlet of the retail shop Shwapno had been inaugurated in Dhaka Uddan, Mohammadpur on Thursday, said a press release.

Shwapno retail expansion director Shamsuddoha Shimul spoke in this regard.

Month long offers would be provided in the new outlet, added the release.