Australia not to exempt politicians from harassment rules anymore 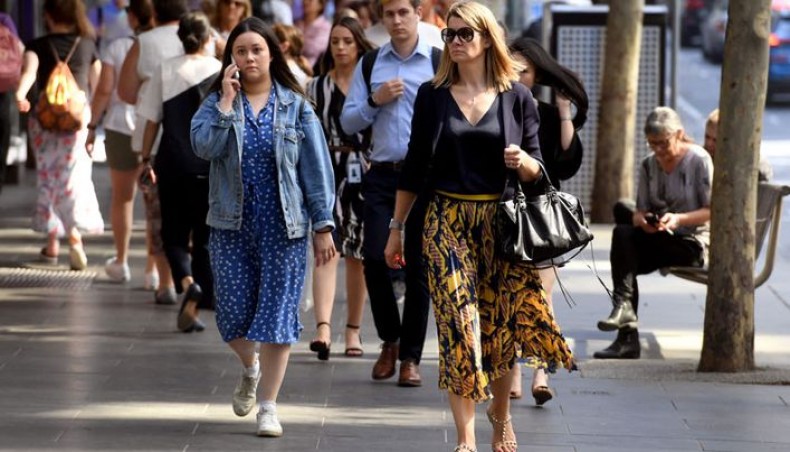 People walk through Melbourne's central business district on April 8, 2021 after the Australian government announced Australian politicians will no longer be exempt from rules against sexual harassment at work, the conservative government as it tries to quell public anger over parliamentary sex abuse scandals. -- AFP photo

Australian politicians will no longer be exempt from rules against sexual harassment at work, the conservative government announced on Thursday as it tries to quell public anger over parliamentary sex abuse scandals.

Prime minister Scott Morrison said his government would overhaul the country’s sexual discrimination laws to make members of parliament, judges and public servants accountable for harassing colleagues in the workplace.

‘It’s about getting everyone on as much of a playing field as possible,’ he told reporters in Canberra.

MPs, judges and public servants are currently exempt from anti-harassment rules that apply to other Australian workplaces, though they can still face criminal prosecution for sexual assault.

The move was in response to a ‘[email protected]’ report — handed down more than a year ago following a national inquiry into sexual harassment — and comes just weeks after sexual abuse allegations rocked Australia’s halls of power.

A young ex-staffer in Morrison’s Liberal Party recently went public with allegations she was raped by a colleague in parliament in 2019, while a senior minister was forced to deny raping a 16-year-old when they were both students in the 1980s.

Critics said the cases, and the government’s apparent initial reluctance to act, have highlighted a ‘toxic’ and sexist culture in Australia’s parliament.

Attorney-general Michaelia Cash — who last week replaced the rape-accused minister in the government’s top legal role — said other proposed legislative changes would include classifying sexual harassment at work as ‘serious misconduct’ and making it valid grounds for dismissal.

The government also plans to extend the period in which a victim can report an incident from six months to two years, she added.

The [email protected] report was drawn up by the government’s own sex discrimination commissioner, Kate Jenkins, and Morrison has been under growing criticism for failing to act on its 55 recommendations since it was first submitted in January 2020.

The prime minister rejected the criticism on Thursday, saying his government had already committed to funding several recommendations it felt were high priority.

‘Last year, we were very focused on those very urgent needs to protect women at a time when they were very vulnerable during COVID,’ he said.

‘We put the additional resources in and now we’re in a position to address these more systemic and longer-term issues which are very important and I’m pleased we’re able to do that today.’

The rape allegations sparked nationwide protests, with tens of thousands of women taking to the streets to call for gender equality and an end to sexual violence.

A media blitz aimed at showing Morrison’s empathy with women has only added to the furore through a series of missteps, and he eventually demoted two top ministers in an attempt to draw a line under the scandals.

The government says it hopes to introduce the amended legislation to parliament by June.