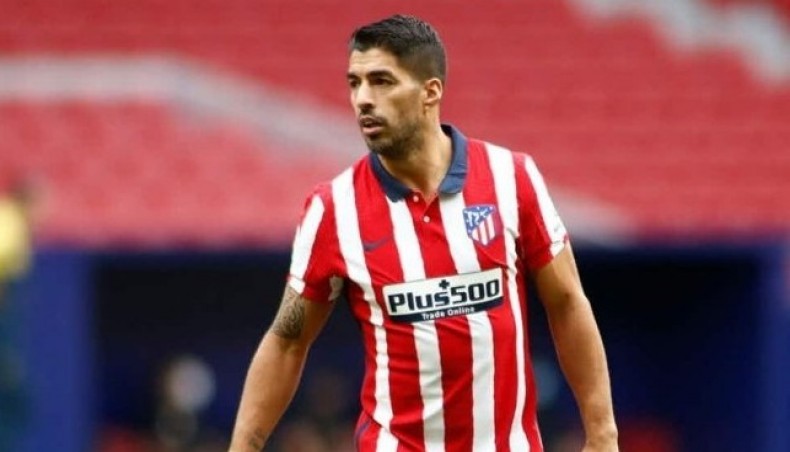 A file photo of Luis Suarez

Atletico did not specify how long Suarez would be sidelined, but local reports suggested he could miss up to three weeks -- ruling him out of games against Betis, Eibar, Huesca and Athletic Bilbao.

Diego Simeone's side saw their lead in Spain trimmed to a single point by Barcelona on Monday, following a drastic dip in form over the past two months.

The 34-year-old Suarez has scored 19 goals in the league this season, second in La Liga only to former Barcelona team-mate Lionel Messi (23).

Atletico are also still without Moussa Dembele who fainted who during a training session last month.

The French striker has made just four substitute appearances since joining on loan from Lyon in January.