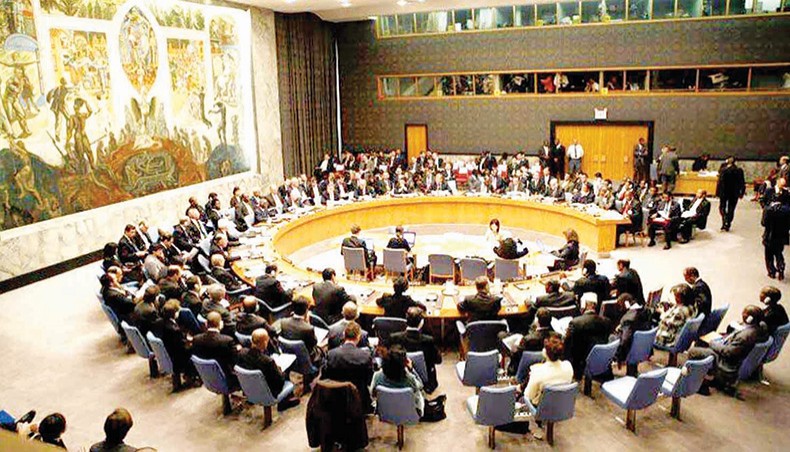 Sri Lankan government’s rejection of international strictures regarding human rights and governance problems within the country could become more convincing if there is true healing and peace, writes Jehan Perera

THE government’s first reaction to the passage of the UNHRC resolution was to make the point that there was no unanimity within the international community with regard to it. Government spokespersons pointed out that the countries pushing for the resolution came from the western bloc and that those non-western countries that voted in favour of it were dependent on western patronage and themselves not implementing human rights in an acceptable manner. Of the 10 or so countries subjected to resolutions at the recently concluded UNHRC session, only of them was a western ally, and that was Israel. The other countries were Belarus, Burma, Burundi, Egypt, Eritrea, Iran, Nicaragua, North Korea, Russia, Syria, Venezuela, South Sudan and Yemen. This and similar observations have enabled the government to convince the majority of the population that it is being found fault with for defending Sri Lanka’s national sovereignty and for not falling prey to the demand to take sides in geopolitical rivalries.

Most of the commentary in Sri Lanka on the issue of the UNHRC resolution and the High Commissioner’s report from which it draws inspiration take the position of the government and agree that there is a double standard at play with regard to Sri Lanka. On the one hand, there is a problem within Sri Lanka as evident in the long-standing campaign on behalf of missing people and the many national commissions that have been appointed to inquire into war-time violations. On the other hand, in comparison to violations taking place elsewhere in the world, there are violations that can be considered to be on a much larger scale. These include countries such as Saudi Arabia with regard to the war in Yemen, India with regard to the Kashmir problem or China with regard to its Muslim minority. However, the UN human rights system has not made similar heavy-handed threats of referring the leaderships of those countries to the International Criminal Court, imposing travel bans and freezing their bank accounts or having them subjected to the principle of universal jurisdiction.

With the UN consisting of 195 countries the focus upon Sri Lanka since the end of the war in 2009 has given rise to the belief within the country that there is more at stake than human rights. Despite the regression that is currently taking place, Sri Lanka still remains one of the better countries in the world in terms of political freedoms and personal safety. Indeed, Sri Lanka has always been special, and internationally in the spotlight, from having had the first woman prime minister in 1960 to being a model of social welfare in the 1970s and then getting trapped in a destructive internal war. Although the trend line in the past year has been negative it can be argued, as the government and majority public commentary does, that Sri Lanka does not merit the special attention it is receiving if the only criterion is the scale of human rights violations and absence of good governance practices. This accounts for the anger that opponents of the UNHRC actions have that Sri Lanka is being repeatedly challenged by the international community on human rights issues.

AMONG the first acts of the government in the aftermath of the UNHRC resolution was to ban seven Tamil Diaspora organisations and 399 individuals based abroad. The previous government, which committed itself to following the UNHRC mandated path to national reconciliation, to which it had also contributed and which it co-sponsored, had de-banned those organisations and individuals in order to enlist their support for the reconciliation process. This created a visible rift within the Tamil Diaspora which was visible at UNHRC sessions where those who were no longer under the ban were criticised and ostracised by those who continued to be subject to the ban. The re-banning of Tamil Diaspora organisations and individuals will not make them go away but will instead make it more likely that all factions work together in a common cause.

A second sector that is under pressure in the aftermath of the passage of the UNHRC resolution is civil society groups within the country that are working for human rights and peacebuilding. Their work is not easy in a society in which government leaders at various times have denied that there is an ethnic conflict and that there is a need for a political solution. In any country that is polarised on ethnic and religious lines, and not only in Sri Lanka, each community will believe that the problems and threat lie with the other communities. To mitigate this problem there is a need for consciously creating opportunities for inter-community mixing and joint activities.

The ground reality in many parts of Sri Lanka is that society at the community level is plural, with different ethnic, religious, class, caste and gender groups seeking to coexist peacefully and productively. This diversity is a reality from the overall perspective of the country also. It is important that these different communities should not remain in their own compartments but should actively engage with one another in a constructive way. Without such positive engagement, the engagement can take a negative form through competition over resources, to discrimination and even to violent conflict. Peacebuilding organisations seek to promote positive engagement by forming inter-religious and inter-ethnic groups at multiple levels who can engage in common problem-solving activities. However, there is a view within the government that this work is no longer necessary as there is peace in the country.

IN TERMS of the UNHRC resolution, the UN High Commissioner for Human Rights has been mandated to set up a special investigation unit to collect information on violations that have taken place and continue to take place in Sri Lanka. One of the concerns expressed by government members is that such information will be provided by civil society organisations and this should be stopped by restricting the scope of their activities. There was a recent media report that an environmental organisation had provided its donor agency with reports detailing corrupt practices taking place in the country. However, these are not secrets known especially to only civil society groups but are being reported every day in the national media by investigative journalists. These news reports are available on the internet for any competent researcher to collect in any part of the world.

The same holds true for allegations of human rights abuses which are also reported in the media with varying emphasis in English, Sinhala and Tamil language. The flow of adverse information will continue through the mass media which includes the social media which is virtually impossible to control. Rather than seek to control the flow of such information with a heavy hand, the better way is to reduce it by ensuring that the media or civil organisations have not such incidents to report. This calls for improvements in the practices of governance which includes strengthening the systems of checks and balances and also the resolution of deep-seated political problems by means of negotiated settlements.

The government’s rejection of international strictures regarding the human rights and governance problems within the country will become more convincing if there is true healing and peace within the country. On the other hand, the international community is likely to hold to its positions if the opposition political parties and minority parties are complaining that they are being disregarded and that the human rights of their constituencies are being violated. It is, therefore, necessary for the government to reach out to these political parties and to enlist civil society to support its efforts to bring healing and reconciliation to the country through domestic mechanisms as it has proposed in order to meet the challenge posed by the UNHRC resolution. Pointing out that the western bloc of countries has a geopolitical agenda and practises double standards will not change the situation for the better as much as unifying the country internally will.