The Looting of Libya

When will US, its NATO allies answer? 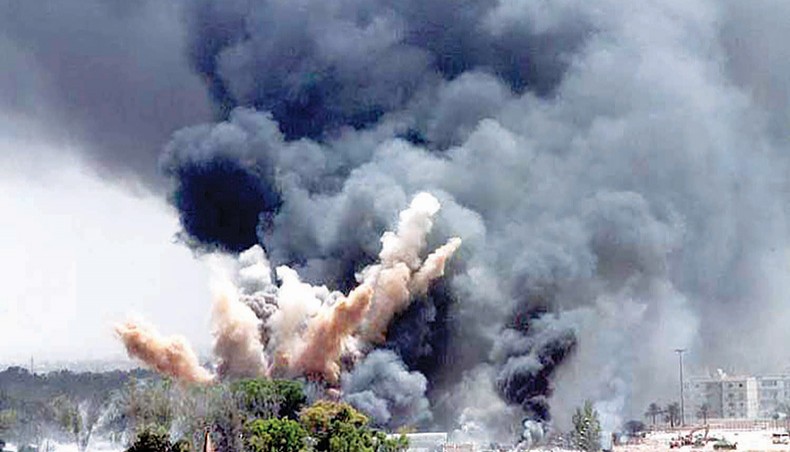 The flame that the NATO ignited in Libya quickly spread to West Africa, and especially Mali, writes Vladimir Odintsov

IN 2011, Libya, as a result of the armed aggression unleashed by the United States and its NATO allies instead of the ‘democracy and freedom’ that the west promised, ended up in a serious economic and social crisis — and turned into a hotbed of extremists and international crime.

As the American publication Diario de America wrote back in 2011, Libya then became not only another target for armed intervention, but also the first testing ground for the United States and the North Atlantic Treaty Organisation in accomplishing its latest-generation ‘information operations’ unleashing cyber warfare.

Washington and its NATO allies carried out a foreign invasion of Libya under the guise of the UN Security Council Resolution 1973, which was adopted two days before the start of that intervention. However, it is worth noting that the resolution itself, strictly speaking, did not stipulate any armed invasion from the outside. It called for ending the violence in Libya and the introduction of a no-fly zone. Its wording specifically stated that any form of protection afforded the civilian population is allowed, ‘except for bringing in occupying forces.’ Nothing was written about bombing on a massive scale, or about the murder of a local leader known as ‘target number one.’

On February 28, the British prime minister at that time, David Cameron, came up with the idea of a ‘no-fly zone’, and on March 1 the first two American ships changed their location, and headed to the Mediterranean Sea (the USS Enterprise and USS Mount Whitney), but no discussion about that at the United Nations had even been set up yet. That very same wording ‘no-fly zone’ simply legalised the appearance of foreign fighter jets and bombers in Libyan skies — and ones that were much more advanced than those at the disposal of this North African country. Hiding behind the rhetoric of allegedly protecting themselves from Libyan air defence systems, representatives from eight NATO countries began a massive bombing campaign on March 19, 2011 across Libya’s entire territory: Belgium, Canada, Denmark, France, Italy, Norway, the United Kingdom, and the United States. On the very first day, more than 100 Tomahawk missiles were fired on Tripoli alone.

On the very first day of the intervention, the Elysee Palace attributed the bombing of Benghazi’s outskirts not to concern for Libya’s civilian population, but to ‘protecting a city controlled by the opposition from Gaddafi’s troops,’ which not only contradicted the official UN resolution with neutral overtones but, in fact, meant lending support to one of the parties involved in the conflict — something not allowed by the UN. After that, none of the pro-western parties seriously looked back at the UN resolution, the systematic destruction of Libyan military equipment and manpower began, and civilians began to die.

And already in August 2011, US Democratic representative Dennis Kucinich made a statement, pointing out that: ‘NATO leadership must be held accountable before the International Criminal Court for the deaths of Libyan civilians as a result of the NATO bombings.’ This statement was published by The Hill newspaper, citing a press release issued by the Congressman. As the American politician underscored then, the intervention of US troops in Libya’s domestic conflict is a criminal act.

Besides American soldiers, military forces from the UK, France, Qatar, and Jordan were particularly active in the African state. This was reported upon in detail back then by media outlets in the United Kingdom and the United States (The Daily Telegraph, The Independent and CNN) that cited NATO representatives and British military officials. Nonetheless, it was the NATO’s military personnel that played a key role in capturing Tripoli — they coordinated the actions taken by the rebels, and soldiers from the British special air service, dressed in local clothes and equipped with local weapons, went ‘hunting’ for Libyan leader Muammar Gaddafi.

However, it is worth iterating yet again that the UN did not allow the NATO to conduct a ground operation in Libya. The alliance’s forces were only allowed to make sure that the no-fly zone over the African republic, which was regulated by the UN Security Council resolution, was not violated.

The consequences of the NATO military intervention in Libya have been catastrophic. Even by 2011, it resulted in the collapse of the country as a unified state, and real power in the country was seized by numerous armed groups that formed in keeping with community-based tribal principles. They did not obey the government in Tripoli, and fell under the control of the terrorist organisation al-Qaeda and the Justice and Construction Party (a branch of the Muslim Brotherhood), organisations banned in Russia. Libya’s budgetary losses alone amounted to about $14 billion; by August 2011, all of its oil refineries had been shut down. By the autumn of 2011, that loss in gross domestic product had amounted to $7.7 billion, and the destruction directly due to NATO bombings was estimated at $14 billion.

The flame that the NATO ignited in Libya quickly spread to West Africa, and especially Mali. The fall of the Gaddafi regime while NATO bombs were raining down contributed not only to swiftly arming extremist groups of all stripes on the African continent, but also to intense radicalisation across a number of regions.

The participation of western countries in the war in Libya caused protest sentiment in Germany and Spain in 2011.

The underpinning of those events then became clearer in 2015, when a hacker attack on ex-secretary of state Hillary Clinton’s mail system disclosed information that was not meant for the general public. In 2016, the Foreign Affairs Committee of the UK Parliament admitted that the suspicions against Gaddafi, which served as a prologue to the war, were exaggerated — and that the motivation Paris had, which then brought London on board, ‘was based on narrow French national interests.’

In the pages of the journal Foreign Policy, Joe Dyke, an expert with the renowned international human rights organisation Airwars, holding onto pieces of testimony, claims that the NATO killed Libyan civilians on a massive scale during its intervention in the civil conflict in this country in 2011. However, even one decade later these countries, including the UK, France, and the United States, refuse to take responsibility for the harm they have done, or to pay out compensation.

So, will the perpetrators ever be held accountable for the deaths of civilians in Libya, or the damage that the 2011 US and NATO interventions inflicted on Libya and its citizens?