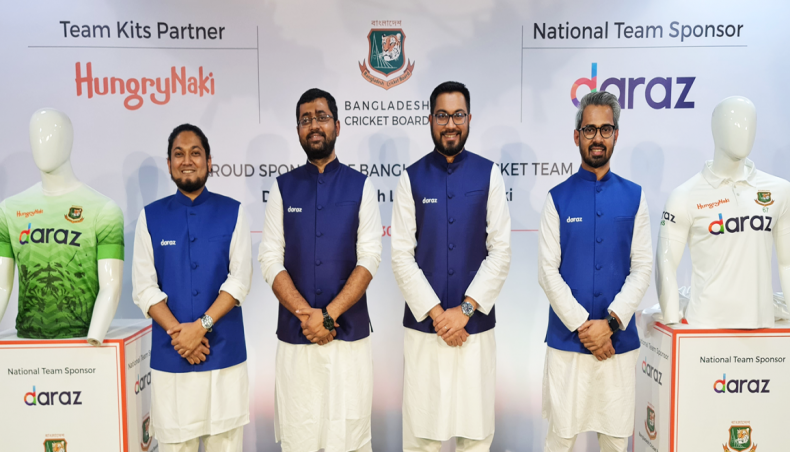 The country’s leading e-commerce platform Daraz has been named as the new team sponsor for the Bangladesh cricket team till 2023, Bangladesh Cricket Board announced in a media release on Wednesday.

The sponsorship is effective from Wednesday and will run up to 30 November 2023.

Daraz’s logo will appear on the kits of both Bangladesh national men’s and women’s team, Bangladesh A team and the Under-19 team.

Hungrynaki, a sister concern of Daraz, was named as the national team’s kits partner.

BCB chief executive officer Nizamuddin Chowdhury said that the board is delighted with the new partnership.

‘The BCB is delighted to form a partnership with an organisation of international repute and one that has a progressive and innovative outlook. I thank Daraz for coming forward and associating its brand with Bangladesh Cricket,’ Nizamuddin was quoted in the media release.

Daraz’s managing director Syed Mostahidal Hoq was also excited to be part of the country’s cricket.

‘By sponsoring our National Cricket Team we feel that we have become a part of the passion and glory associated with the game in Bangladesh and we look forward to celebrating many achievements in the years to come.'