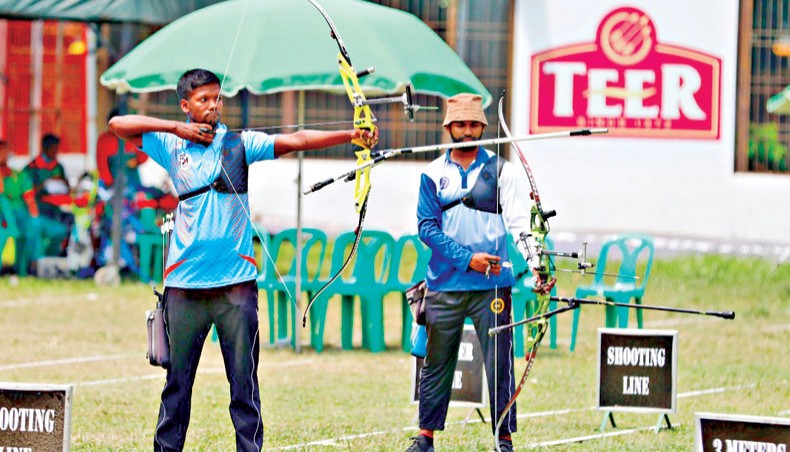 After excelling in the national event, the 24-year-old is hoping to make a name for himself in the global stage.

‘It was a tough tournament for me as I tied in three games, including the final…I was at risk of losing the final against Tamim, but in the end, I won the medal,’ said  Krishna, who won his first gold at national championship in 2019.

‘My next target is to win gold in the World Archery in Paris in next June -July.’

Meanwhile, country’s ace archer Roman Shana ended the Games empty-handed as he didn’t win a single medal in the competition.

Army dominated in archery, as they ended up with eight medals – four gold, one silver and three bronze – followed by Police, who also won eight medals but only two of them were gold.

Air Force bagged one gold, Border Guard Bangladesh won one silver and Dhaka DSA have a solitary bronze medal to their name in archery.

In the women’s 59 kg weight category, Moyna won gold after lifting 141kg – 75kg in clean-and-jerk and 66kg in snatch.