1 killed in clash with police in Faridpur 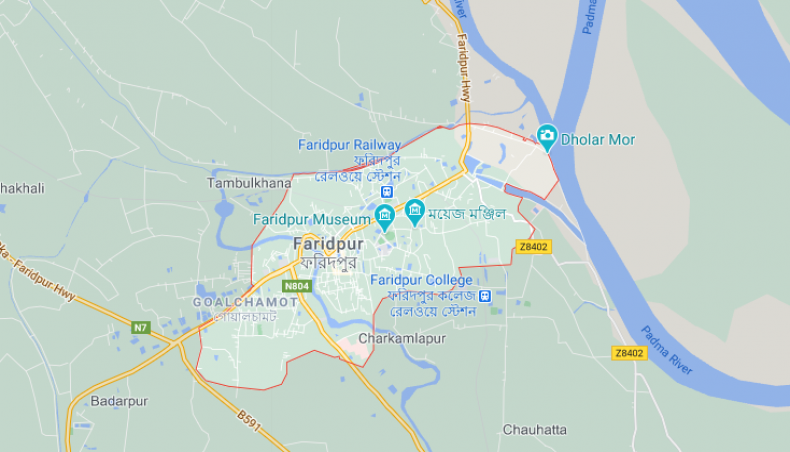 One protester was killed and at least three others were critically injured as the police opened fire on mobs agitating against anti-COVID-19 restrictions in Saltha upazila of Faridpur on Monday night.

The mobs attacked the upazila administrative office, Saltha police station, office of the assistant commissioner for land and muktijoddha complex and engaged in clashes with the police, according to witnesses.

Initially, a protest started at Fukra Bazar of Saltha where a rumour spread that a man was injured at a marke while the administration was enforcing the government’s 11-point anti-coronavirus instructions, restricting public movement and business operations to contain the sudden surge in  coronavirus infections, he said.

Thousands of people took to streets in anger and started clashing with the police, leaving at least 20 people injured, including eight cops, he added.

Among the injured, Zubayer Hossain, 20, who was hit by a bullet died on the spot shortly, said Saltha police station inspector (investigation) Subrta Goldar, adding that they have so far detained three people over the attacks.

The police station’s officer-in-charge Asifuzzaman said that there was an exchange of fire between the police and protesters during the incident.

AC (Land) Marufa Sultana Khan Hiramoni went to the spot with her team to enforce the restrictions but seeing a gathering of people she returned to her office and sent a team of police there, the UNO said.

The police and local people had an altercation and locals at one stage attacked sub-inspector Mizanur Rahman, according to the UNO.

Later, a rumour spread in the area that some people died in police firing and the administration was working against Islam, the UNO said.

The police said that they opened fire in self-defence and to protect government properties.

People turned into mobs as romours spread that the police backed by the administration had killed a man as part of anti-Islamic activities, the UNO went on.

Hasib said that they were collecting details through various agencies on those who were involved in spreading the rumour.

Additional police superintendent Jamal Pasha said that a case would be lodged over the incident.

He said that another rumour was spread on the Facebook that police firing killed seven to eight people.

The police are trying to identify the attackers with the help of video footage, Jamal added.

Additional members of law enforcement agencies have been deployed in the area after the incident.